Showcasing rare historical maps, Mapping the World: Perspectives from Asian Cartography brings together different mapping traditions and worldviews, political and cultural spheres of influence, and the exchange of cartographic knowledge between civilisations across the world.

The exhibition, held in partnership with the Embassy of France in Singapore, features over 60 treasures from overseas institutions and private collections such as the Bibliothèque nationale de France, Musée Guimet and École Française D'Extreme-Orient in France, as well as the MacLean Collection, Illinois, United States and the Yokohama City University, Japan. It also highlights rare maps from the National Library, Singapore, as well as local institutions such as the Asian Civilisations Museum and the Indian Heritage Centre.

Through these historical maps, this exhibition opens up a fascinating and illuminating window into how civilisations see themselves and the world across time and space.

This exhibition is held in partnership with the Embassy of France in Singapore, in association with vOilah! France Singapore Festival and supported by Temasek Holdings and Tikehau Capital. 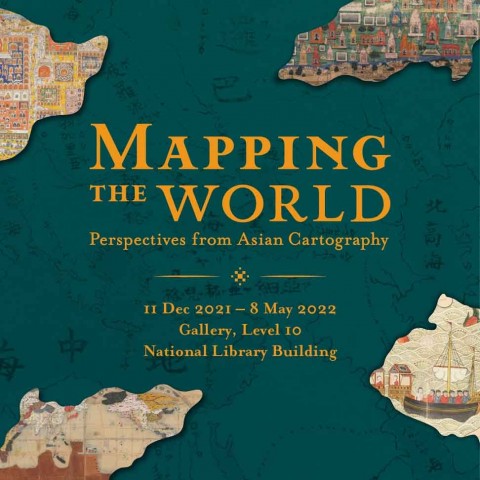