This special showcase features 21 new works completed by Wong Keen in his Singapore studio mostly between 2020-2021, providing audience a quick survey of the artist's current practice as he continues to evolve new visual strategies to convey long-standing themes such as the lotus, the nude, the burger, and the flesh.

Wong Keen's two most recent canvas works, I Search for a Garden I and II, each spans 184 x 210 cm and reflects his lifelong interest in manipulating the lotus form as a vehicle for pushing colour relations and the viscosity of paint. Colours merge, resist, and seep into surrounding forms, pulling together an image that is familiar yet ethereal. From edge to edge, the vivacious colour play ventilates the tensions between abstruseness and lucidity, will and surrender.

In Ninja Burger, a bold, luscious burger is encroached by an army of French fries while a suggested figure lies compressed between scrumptious toppings and meat patties. Playful at first glance, the image slowly gives way to a claustrophobic tension as more elements are disclosed by association and the violence of the brushstrokes that composed the bacon meat conveys a visceral intensity that dominates the picture. Wong Keen's burger imagery evokes the idea of nude as meat to express the parallels between the two different forms of 'flesh trade' sustained by man's ubiquitous commodification and consumption of flesh. Just as the pigs and cows raised and butchered for products at animal farms, a similar cycle of violence, oppression and consumption marks the fate of women sold or peddled for their flesh.

Also on showcase is a series of 12 small oil paintings, each featuring a recurring theme in his oeuvre - the lotus, the nude, the burger, and the flesh. Collectively, these works draw out the visual synthesis between his formal explorations of these subjects and the culminating poetics that define his painterly style. 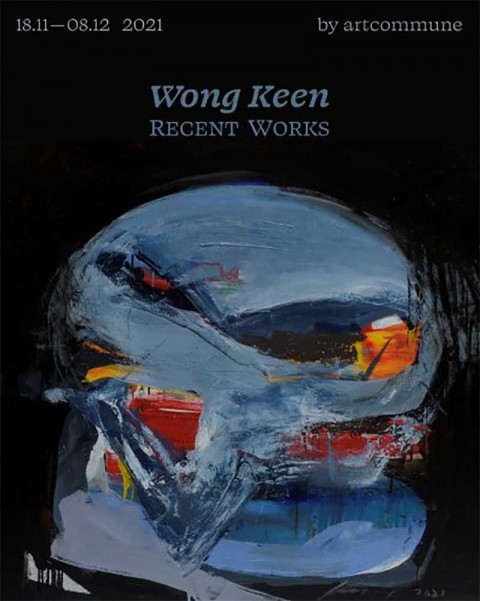