The Ambassador is Spoiling Us: Gifts and Material Diplomacy at the Courts of Siam and France at the End of the Seventeenth Century

In the pre-modern period (c. 1400-1800), gifts were at the core of the ceremonies that accompanied the formal reception of foreign ambassadors. Both in Asia and in Europe, the choreography of the reception of ambassadors was carefully staged. This was the case for the Eurasian ambassadorial exchange between the distant Kingdoms of Siam (Thailand) and France in the 1680s. The fame of this specific diplomatic cross-cultural episode is due to the quantities and value of the gifts presented by the Siamese ambassadors to the Court of France and viceversa by the French ambassadors sent to the court of Siam. This presentation argues that diplomacy should not be read only at the level of rulers, in this case between Phra Narai (r. 1656-88) and Louis XIV (r. 1643-1715). The examination of the gifts themselves shows a series of other actors, most notably the ambassadors, but also Jesuits, merchants and adventurers. 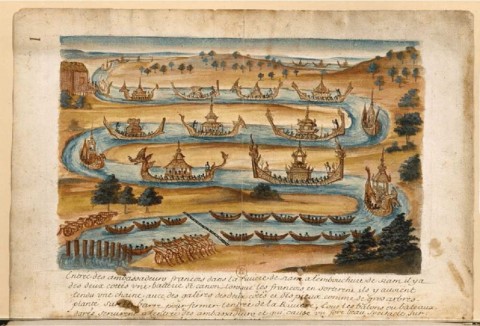