Organised by: Esplanade - Theatres on the Bay
Performed by: LASALLE College of the Arts

Meet the next generation of dance talents from LASALLE College of the Arts as they present this dance film by local choreographers Dapheny Chen, Germaine Cheng, Pat Toh, Yarra Ileto and Melissa Quek. The film reflects LASALLE's cosmopolitan and cutting-edge approach that produces performers who expand and challenge the boundaries of dance both physically and conceptually.

The choreographers asked themselves, "What do you do when faced with forces, structures and spaces of seeming perfection, where existing narratives are buried under a beautiful facade and all paths appear to be planned according to a grand design?" The response: adapt, rebel, struggle, strive, reimagine, groove, measure and create a dance film titled Civic Bodies together with film producer Jeremy Chua and students from LASALLE College of the Arts, with the hashtags #Dance, #Lizard, #Underside, #Beautystrengthperfection and #Rocks.

The film features performances by LASALLE's Diploma in Dance students.

da:ns festival supports the next generation of dance artists through Next Generation, a long-standing platform that collaborates annually with dance education institutions. As dance on screen comes into focus with the rise of technology and the circumstances of the pandemic, the works in this edition reflect this development with new creations for dance on film. 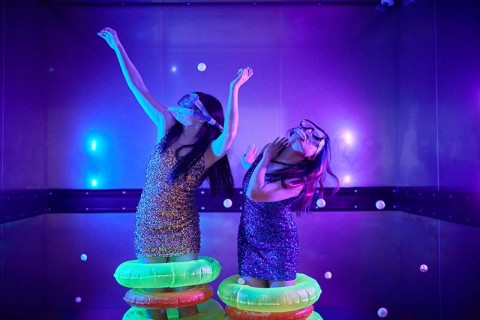