LA Comedy Live presents The Expat Comedy Show — the first-ever LIVE comedy show this year to bring 5 expat comedians into one stage. The show will happen on Friday, 24 September 2021, 8pm at the Esplanade Concert Hall.

With the fusion of new material and greatest hits from 5 of our best imported laughs, expect a hilarious, good laugh-out-loud fun as the comedians cover topics on living in HDB or tetris-like houses, fines, fines and more fines, relationship with Singaporeans and of course our Nation's favourite - The Food Culture.

This show is suitable for both local and expat audiences that are keen to take on the point of view of an expat living in our Sunny Island, Singapore. 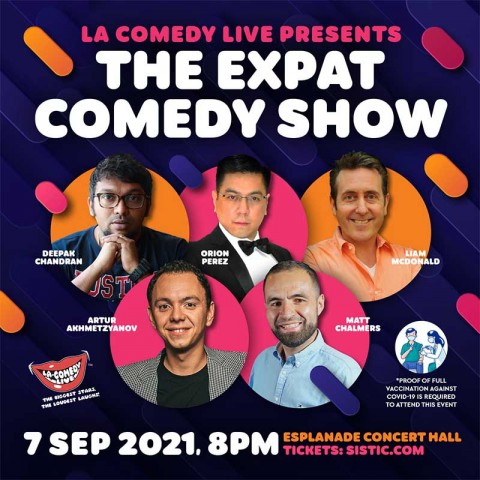