Organised by: Preservation of Sites and Monuments Division

Our National Day Parades were typically held at the Padang since our first parade in 1966. The site continued to host the annual parades till 1975, after which the locations were rotated between decentralized sites, National Stadium, Marina Bay Floating Platform and the Padang. Since 1995, the parade has been held at the Padang every five years.

This mini game features a National Day Parade at the Padang with its surrounding monuments. Find all the items in this monumental hunt and stand to win attractive prizes! 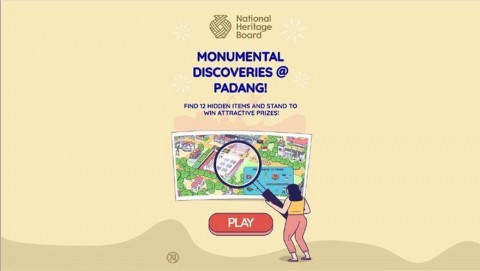