Retrospective is a regular series showcasing bodies of work from an extended period of activity by filmmakers of different eras. Devoted to the region's film history, contributions and movements within the industries in Asia, the platform focuses on particular profiles, themes and aesthetics to allow audiences to experience past and ongoing cinematic transformations.
—

The most acclaimed and influential of Iran's major filmmakers, Abbas Kiarostami (1940-2016) has graced the world with his humanity and imagination throughout a nearly five-decade career. The Asian Film Archive is honoured to be the first in Asia to present a comprehensive retrospective of the Iranian master with twenty-seven brand new restorations of his most illustrious features and rarely-screened shorts and documentaries.

This thirty-four film programme is an invitation into a contemplative world between fiction and reality, marked by an unforced intimacy and a poetic voice of a deeply influential artist. Often applying a deft philosophical touch to simple issues and excavating deeper truths about life with bold experiments, Kiarostami's cinema invokes introspection and greater possibilities for his audience, allowing each of us to correspond his films to our own worlds with new understandings.

"He wasn't only important for Iranian cinema ... he's been an avant-gardist for the whole of world cinema. He dared to do the things that many did not dare to do"
— Asghar Farhadi

"Abbas Kiarostami is the greatest of all filmmakers"
— Michael Haneke

"..the impact of his vision will last forever. It's reflected in every shot in every one of his films. Mr. Kiarostami, my teacher, taught us how to see things in our own uniquely different ways."
— Jafar Panahi 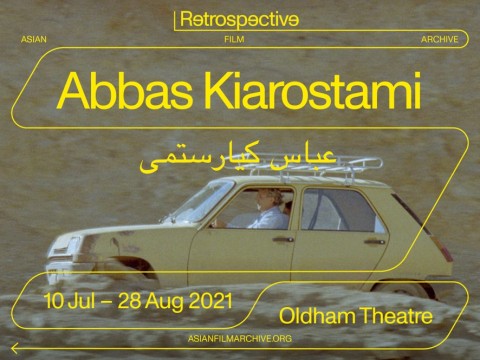