Organised by: Esplanade – Theatres on the Bay
Performed by: Rit Xu and Mario Serio

Enjoy an afternoon of music for flute and piano with Rit Xu and Mario Serio. Together, the duo will bring you stories and songs, performing timeless music from the Great American Songbook as well as original and intricate compositions.

About Rit Xu
Rit Xu is an internationally award-winning flutist whose artistic practice is in solo, chamber and large-ensemble improvisation, original compositions as well as jazz and music pedagogy. As a performer, he has emerged as a leading light of his generation and is gaining international recognition for his lyrical, thoughtful and introspective musical voice on the flute. His passionate, wholehearted and at times fiery performances have earned the admiration of fans and fellow musicians worldwide. In 2014, Rit won the United States National Flute Association Jazz Artist Competition, making him the first Southeast Asian to win a solo jazz competition in the United States.

About Mario Serio
A consummate pianist and keyboardist classically schooled in his hometown New York City, Mario Serio plays all genres of music with skill and grace. Performing in Manhattan professionally since 1978, he has served as accompanist, arranger and musical director for many jazz, latin, pop, cabaret, Broadway and revue performers from the United States, Latin America, Canada, Australia, Asia and Southeast Asia. 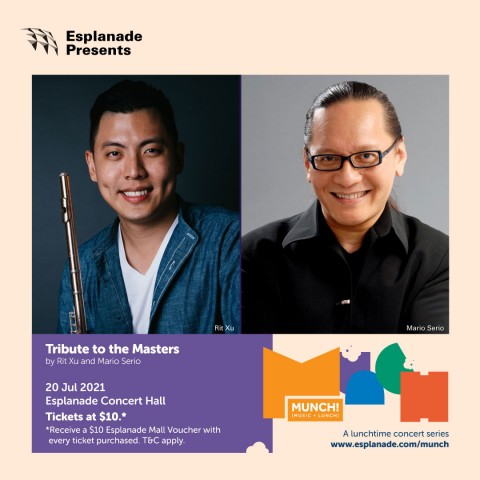