Featuring a mixture of new material and "greatest hits", Jinx Yeo pulls no punches. From Asian parenting, to weird diets, to Bitcoin fever, to PC cancel culture, to dating & relationships, and much more - Jinx makes fun of it all.

LA Comedy Live's Lauretta Alabons says "Jinx had his first paid gig in 2011 at Rob Schneider's show presented by LA Comedy Live. 10 years on in 2021, Jinx is headlining a comedy show at the Esplanade Concert Hall with LA Comedy Live. The COVID-19 shutdown has reunited us."

Because of safe-distancing measures, only a limited number of seats are available. Come join us for 90 minutes of non-stop belly laughs! 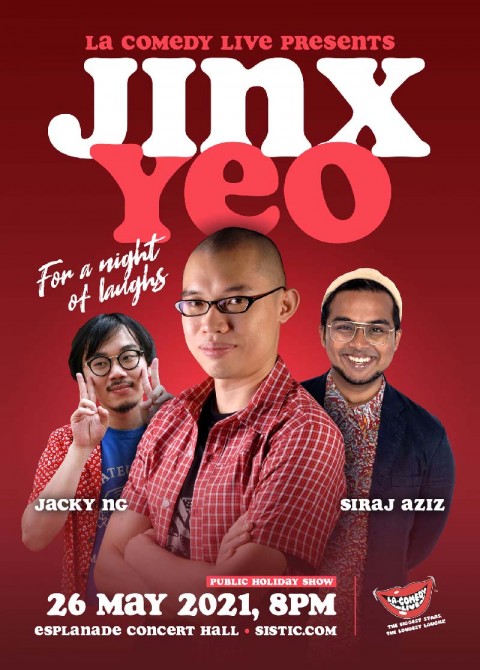