#THEAT[RE]framed is a distillation of the site-specific conversation, #THEATRE by INDEX, which was staged at the Esplanade Theatre in Jan 2021. The collective, formed by award-winning artists Lim Woan Wen, Lim Wei Ling and Darren Ng, used light, space and sound to engage in an intimate dialogue with the theatre, unravelling the stories embedded within the space.

This short film, created in collaboration with acclaimed filmmaker James Khoo, is an extension of the poetic encounter with the Esplanade Theatre through the lens of a camera. Contemplative, immersive and experiential, the film captures the exploration of the theatre, its lines, structures and details. It makes space for one to reflect on the intricacies that compose the frame, both of the theatre and the film itself. It is an exploration into that blank canvas and how one encounters and responds to the character of a place that is often unnoticed. 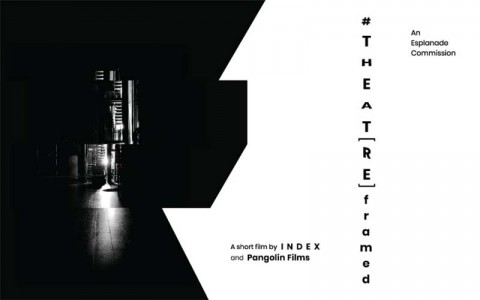