Organised by: The Second Breakfast Company

Integrating story and text from Are You There, Singapore? (1974), One Year Back Home (1980) and Changi (1997), the three plays of Yeo's Trilogy provoked much reflection about the staging of politics in a new nation forging its own identity and development.

Set across the late 1960s to the mid-1970s, The Singapore Trilogy follows the intertwining stories of two siblings and a close friend - Chye, Hua and Fernandez - first as international students in London before returning home to participate in Singapore politics with opposing ideologies. Between political detention and personal entanglements, wills and friendships are put to the test: what are we prepared to compromise for the sake of our ideals and loved ones?

This will be the first time all three plays of the Trilogy will be performed together in a single adaptation, including deleted scenes from original manuscripts, new writing and a revised ending in consultation with Robert Yeo. 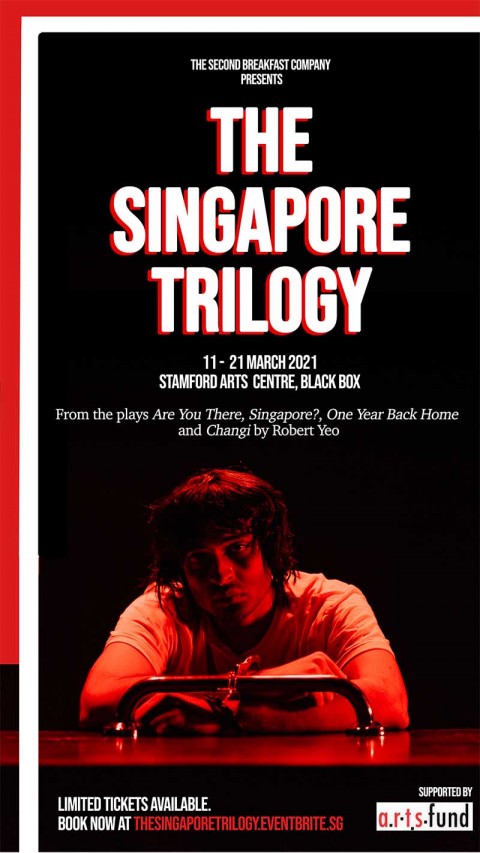