Cassette tapes were once the preferred medium for music storage from the 70s until the late 90s. Compact, portable and cheap, you could even make your own mixtapes, recording your own compilation of your favourite songs on tape. With changes in technology, analogue tapes eventually gave way to digital compact discs in the late 90s. The CD in turn lost its popularity with the advent of online digital downloads and now streaming.

Come ponder on the next form of music storage in the Sound Garden. Sit and listen to a mixtape spliced from the actual tapes used to create the bench. What is the role of the analogue in a digital world? After streaming, how would music be consumed in the future? 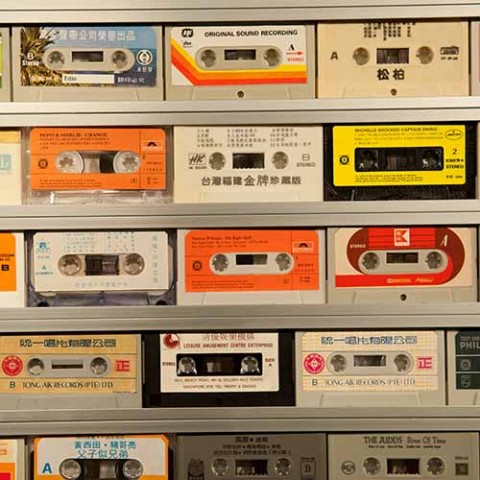