SNYCO’S Hits of past and Classics of present

Dear friends, do you reminisce about Chinese Orchestra tunes from the past?

Would you like to relive fond memories of days with the Chinese Orchestra?

Join SNYCO, led by Music Director Quek Ling Kiong, on a journey from the past to the future, with familiar favorites like "Overture: Brave Advance", "Bumper Harvest Worship", and "The Silk Road" sharing the stage with local tunes like "Confluence". Savor the past and embrace the future, all in a single evening of classics old and new!

Conducted by SNYCO Music Director Quek Ling Kiong, the Singapore National Youth Chinese Orchestra will present Hits of past and Classics of present concert on 20 March 2021 (Saturday), 8pm. The digital concert video will be available for unlimited playback on SISTIC till 28 March 2021 (Sunday), 8pm. The approximate concert duration is 1 hour 15 minutes long. 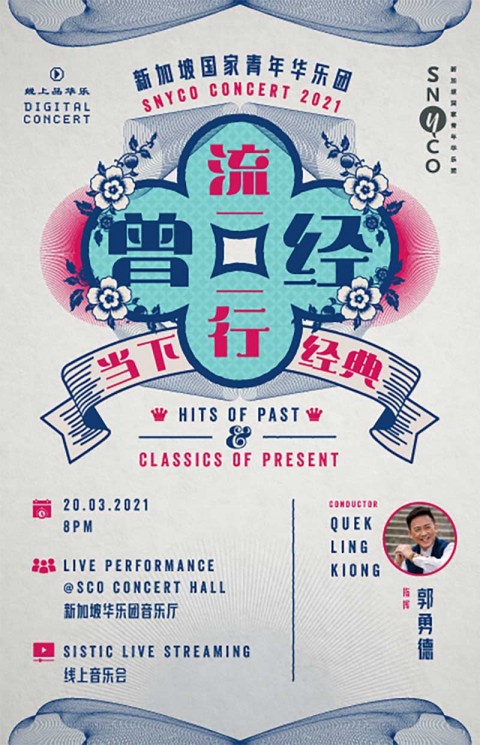