Pangdemonium is thrilled to be back in the theatre with the stunning one-woman play GIRLS AND BOYS, hailed on the one hand as "very funny" (Broadwayworld.com) and "hilarious" (Time Out), and on the other hand "harrowing" (New York Times) and "gut-wrenching" (The Guardian), and featuring a tour de force performance by the brilliant Nikki Muller, last seen in Pangdemonium's The Effect and Fun Home.

She is strong. She is confident. She is a 21st century woman owning her life.

She is vulnerable. She swears too much. She is imperfect, and human, and real.

She is funny. Very funny. She makes you laugh at her observations of the world, and her adventures with the colourful people in her life.

She is every woman.

She is this Woman. Welcoming you into her home, into her world, into her life.

And this is her story. A story you absolutely need to hear.

A story about youthful recklessness, romance, passion, and lust; falling in love with the man of her dreams; finding herself happily married and a mother to two beautiful children, with a flourishing and fulfilling career, and a promising future.

It was happily ever after.

It was a perfect life.

One woman. One and a half hours. One unforgettable story. 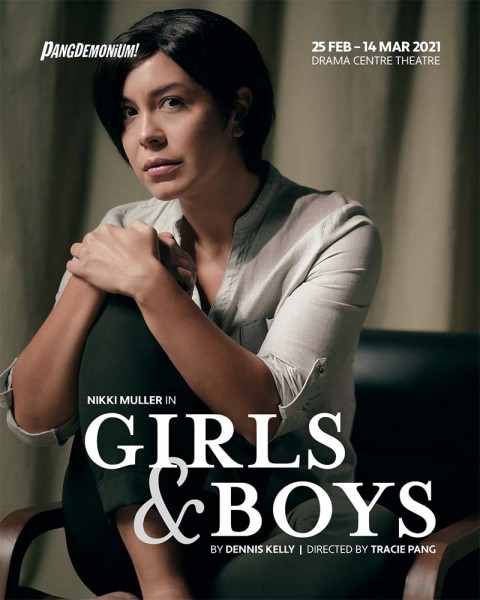