Siti Khalijah Zainal is a familiar face on the Singapore stage. She's played a diverse range of roles, including a schizophrenic young woman, an Indonesian domestic worker and Singapore's first female Malay Prime Minister (not President!). But what challenges has she faced in her career?

Inspired by Konstantin Stanislavski's first handbook on acting, An Actress Prepares follows Siti on a journey through her life in theatre. She candidly shares various affecting and hilarious episodes: learning Chinese dance in primary school, falling in with the cool girls at the Bedok Institute of Technical Education, and being told that she might be 'too big' or 'too Malay' to get roles.

This is Siti as you've never seen her before – raw, vulnerable and achingly honest. In An Actress Prepares, Siti tackles the most difficult thing she has ever had to do as an actor: playing herself on stage.

An Actress Prepares was commissioned for a one-day performance by the Singapore Writers Festival in 2016. 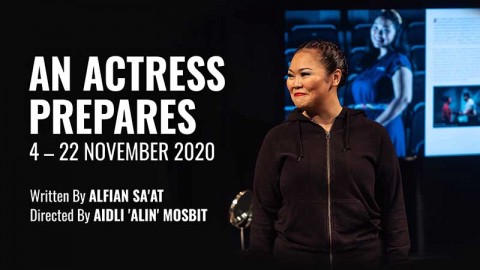