Curated by the Asian Film Archive (AFA) for the Singapore International Festival of Arts 2020 (SIFA), Singular Screens celebrates diverse, independent and singular visions from around the world. Discover a bold palette of cinematic adventures, featuring the ingenious and risk-taking in film. Theatrical screenings will be held at Oldham Theatre and selected films will also be available for Video on Demand (VOD).

A reflection on human life in all its beauty and cruelty, its splendour and banality.

We wander, dreamlike, gently guided by our Scheherezade-esque narrator. Inconsequential moments take on the same significance as historical events: a couple floats over a war-torn Cologne; on the way to a birthday party, a father stops to tie his daughter's shoelaces in the pouring rain; teenage girls dance outside a cafe; a defeated army marches to a prisoner of war camp.

Simultaneously an ode and a lament, ABOUT ENDLESSNESS presents a kaleidoscope of all that is eternally human, an infinite story of the vulnerability of existence.

Following the death of her two children in April 1913, the legendary dancer Isadora Duncan, created a farewell solo entitled Mother in which a mother cradles her child for the last time before letting him go. A century later, four women encounter the heartrending dance.

On her mother's grave, Hinako sees a flower of cosmos. Her father calls to say he can't come home and repeats "Tamaran" in frustration. On her way home, Hinako buys a book, Tamaran Hill, only to find that same flower offered by her late mother's sister the next morning.

After a devastating earthquake, Nga, an old elephant and probably the last of its species, and Sanra his mahout are about to embark on a journey to find the mythical elephant's graveyard. A group of poachers, are following them, a journey of discovery starts and an hypnotising monologue leads us deep into the jungle on a travel of mourning and reincarnation. The poachers will die one after one, under mysterious circumstances and spells, while the spectator will become the only protagonist, on an audiovisual journey into the cemetery and beyond.

In a surreal and phantasmagorical world, a future race of humans finds themselves on the verge of extinction. Brutalist stone monuments of the communist era – once intended as symbols of Unity and Brotherhood – remain as lone, abandoned beacons beaming their message into the wilderness. While the story of crumbling future civilisations is told, the spectral presence of an entity attempting to communicate with us emerges. Based on a speculative science fiction story by Olaf Stapledon with music composed by Jóhann Jóhannson (The Theory of Everything & Arrival), LAST AND FIRST MEN represents Jóhann Jóhannson's final and most personal work – an allegory of remembrance, ideals and the death of utopia.

This Is Not a Burial, It's a Resurrection (2019)
Lemohang Jeremiah Mosese (Lesotho)

Amongst the pythonic mountains of land-locked Lesotho, an 80-year-old widow Mantoa makes arrangements for her burial and prepares to die. But when plans to construct a reservoir threatens her village with forced resettlement, she finds a new will to live and ignites a collective spirit of defiance within her community. In these final dramatic moments of her life, Mantoa's legend is forged and made eternal.

Mariel is an actress from Buenos Aires who tries to win, over the course of two years of auditions, the role of Isabella, the heroine of the comedy Measure for Measure. On a road bordered by frustration and the idea of success, Mariel finds Luciana again and again, an old theater companion who acts as a kind of brilliant shadow, a destiny she cannot avoid, that illuminates and bewitches her at the same time. Isabella unfolds like a jigsaw puzzle of the difficulty of precisely defining the color of our desires. It is the fifth installment in the Las shakespeareadas series, which narrates contemporary fictions about the women roles in the comedies of William Shakespeare. 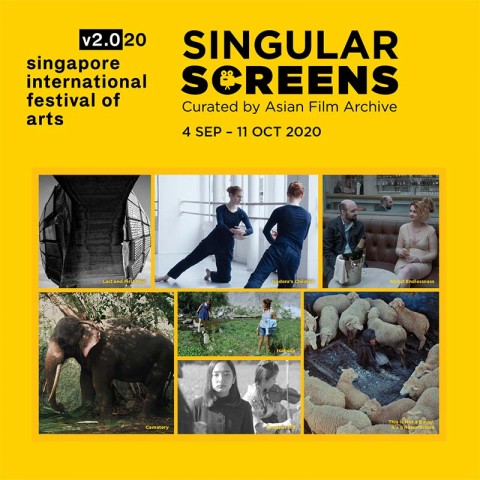