A 2018 festival sensation, SIFA is thrilled to welcome Jacob Collier back in this digital workshop. Join him as he performs a song (or two), speaks about creativity in music and his artistic journey to date, and get a personal peek of his home studio. A special opportunity not to be missed by fans and curious music-makers!

It's not often one encounters an imagination with the depth and prolificacy of Jacob Collier's. The London-based, 4x GRAMMY® winning, 25-year-old is dubbed by many as one of the most innovative musicians of his generation. In 2012, Jacob's self-made YouTube videos achieved legendary status in the music world, attracting the praise of such luminaries as Herbie Hancock, David Crosby, Steve Vai, and Quincy Jones, who manages Jacob to this day. Jacob's debut album, In My Room, crafted entirely in his room at home, went on to win two GRAMMY's®

In January 2018, Jacob began designing and creating a recording project on an unprecedented scale – a quadruple album called DJESSE: 50+ songs, divided between four volumes, with each operating within a separate musical universe of sound, style and genre. Djesse Volumes 1 & 2 both have earned him a GRAMMY® each, affirming that Jacob has never lost a Grammy in a category he's been nominated in. Jacob's latest singles from Djesse Vol. 3 (to be released Summer 2020), have included collaborations with Daniel Caesar, Kimbra, Tank and The Bangas, Mahalia, and Ty Dolla $ign. 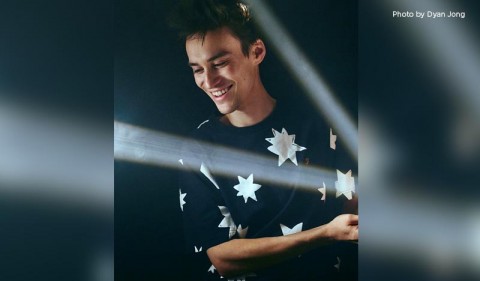