Special features: It's Not About The Numbers | SIFA 2021 | The Studios 2021 | SingLit | SgWritersFest
Visual Arts, Talk/Workshop

Inside the Creative Space with Adi Gunawan

Organised by: Ode To Art

Adi Gunawan, who is based in Yogyakarta, the art hub of Indonesia, is revealing his studio to the public for the first time! Join him as he reveals his newest sculptures and gain insight from the artist himself about his creative inspirations, the symbolism of his sculptures, and the processes involved in creating bronze sculptures.

His sculptures reflect his own cultural heritage and their deep symbolism explore the relationship between humans and animals and the expression of motion, gestures and character. In his sculptures, Adi invokes euphoria and the significance of animals in his work due to his cultural background of growing up in an agrarian society. This cultural positioning allows Adi to convey constructed meaning which, in and through his forms, figures and compositions, puts forth the issue of a mystical relationship between animals and humans.

Adi Gunawan represented Indonesia at the 2008 Beijing Olympics Fine Arts Exhibition, where he was honoured with the Olympic Torch Award. The Indonesian artist has also been showcasing his sculptural works internationally, notably in Hong Kong, the United States, and Switzerland. 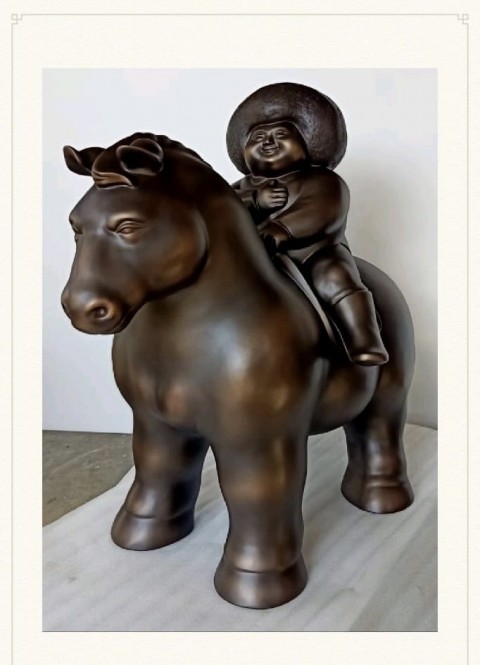