At 246 songs and 24 hours long, the original 2016 performance of A 24-Decade History of Popular Music was recognised as the Guardian's top five most important theatre works of the 21st century.

It's devised by Taylor Mac – drag queen extraordinaire, a Tony nominated playwright and Pulitzer Prize Finalist for Drama – who's no stranger to flipping history on its head or giving voice to the outliers of America's counterculture.

This ambitious and audacious two-hour version is a gorgeously realised feat of storytelling chutzpah. Expect an outrageously entertaining crash course in the last 240 years of American music, history and dysfunction. Yet cleverly embedded in this extravaganza are Mac's astute commentaries about politics, marginalised groups, and queer culture.

Told with a generous humanity that will provoke and embrace diverse communities, A 24-Decade History of Popular Music is a landmark work that will open your mind to the imaginative possibilities of art and the constructed histories around us. 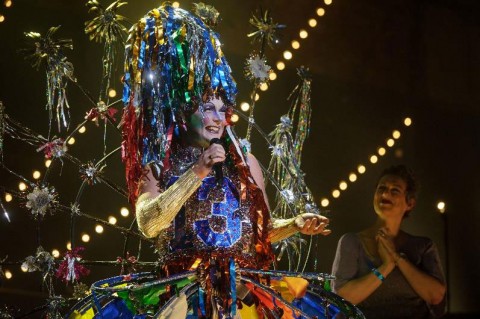