Created between 2007-2012, this collection of plays marked Irfan's professional debut as a triple threat - playwright, director and production designer. The works explore Islamic motifs of desire, struggle and loss through a language that is introspective and lyrical. The texts demonstrate a style of imagining Islam that has become characteristic of Irfan's work, and we can already see here the birth of his distinct treatment of characters that exist in between our reality and an Islamic archetypal universe.

As it is important to the canon of contemporary Malay theatricalities, this trilogy is also pivotal to Irfan's artistic trajectory. Indeed, his experimental treatment of Islamic philosophy in these plays would go on to become a mark of his multi-disciplinary output.

Hantaran Buat Mangsa Lupa (Offerings for the Victims of Amnesia) is a trilogy of plays inspired by the three main events leading to the establishment of Islam. Paired with the severely poetic nature of the Malay language, Hantaran offers a dimension that faith excludes and/or questions.

From Hadith no. 4, the Messenger of Allah (peace be upon him), told us that it takes 40 days for a sperm and egg to become a drop of blood, then a chunk of meat, and then its roh (soul) to be blown into it by an angel on the last day. Along with its roh, four other decrees will also be written onto it; takdir, rezeki, iman and ajal (fate, sustenance, faith and finiteness).

Hawa, who is pregnant, receives a premonition that she will meet Malaikat (angel) on the 39th day, where she hopes to enquire about the fate of her child, and herself; revealing her true desire to challenging predestination.

Two men in a toilet cubicle.
They talk, but not a lot.
They touch, but not too much.
Only the four walls bear witness to their dispositions.
They struggle to find comfort and space.
A woman looms outside, shifting the gravity of their proximity.
The two men are now trapped in the cubicle.

W.C, was created to examine the complexities between men - abandonment, trust, and maybe even love. Performed in an intimate setting with sparse text, the audience is cornered to read between the lines and decipher the relationship between these two characters.

W.C. speaks of comfort and sacrifice, or lack thereof.

94:05, invites the audience to the life and memories of Ahmad bin Abdullah. As he tidies his studio apartment, Ahmad finds it hard not to reminisce. He shares with us every important juncture he has passed through, slowly revealing his struggles with fate. Every now and then he contemplates mortality, especially in moments when hope becomes fleeting.

Ahmad tells stories of the Prophet Muhammad from memory, in an attempt to ease himself, and maybe, to find a reason to live. He recites Surah 94 – Relief, fixated on the promise in fifth line;
"So, verily, with every difficulty, there is relief". 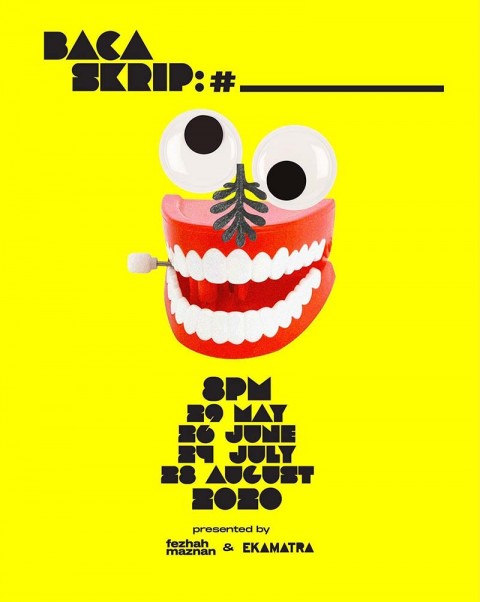