Organised by: Esplanade - Theatres on the Bay
Performed by: Kansadaeng Watthanatham (Thailand)

Khon is a masked dance-drama from Thailand, is one of the art forms on the United Nations Educational, Scientific and Cultural Organization's (UNESCO) Intangible Cultural Heritage list. Khon involves graceful dance movements that depict episodes in the life of Rama, the hero and incarnation of the god Vishnu. Khon was traditionally performed in the households of dance masters and the royal courts. Today, it is taught in educational institutions to ensure the continuity of the tradition. Participants will get to try on the traditional costumes and learn the actions and steps of khon in this participative introductory workshop.

Recommended for ages 10 and above.
Please note that there will be movements during this workshop.
Do come in comfortable and appropriate attire and footwear.

About Kansadaeng Watthanatham
Kansadaeng Watthanatham Co., Ltd., which translates to "cultural performing arts", was established in 2008 by Ms. Paphutsorn Wongratanapitak (also known as Ms. Koong), who has more than 15 years experiencing in teaching, performing and promoting Thai and Southeast Asian cultures around the world. The main aims of the company are to promote and to create better understanding on Southeast Asian traditional performing arts and its cultures internationally, encouraging greater harmony and unity among countries through cultural understanding. 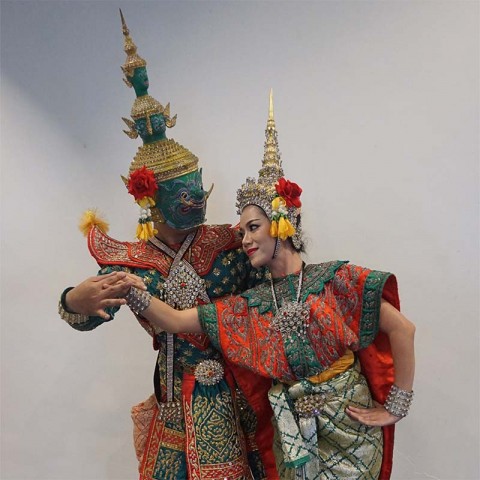