A selection of films supported by the Han Nefkens Foundation will be screened, introduced by curator Hilde Teerlinck. The programme includes Thao Nguyen Phan's humanistic and animistic homage to the grand Mekong River, Erkan Özgen's voices and stories of shared experiences of war, suffering, and displacement, as well as a new commission by Hao Jing Ban.

Hilde Teerlinck (Belgium/Spain) is CEO, Han Nefkens Foundation. She was coordinator of the Mies van der Rohe, Barcelona (1994–99) where she invited renowned artists such as Jeff Wall, Panamarenko, Ulrich Meister, and Thomas Ruff to create site-specific interventions. In 2002, she was appointed director of the Center Rhénan d'Art Contemporain in Altkirch and from 2006 to 2014 she was the director of the FRAC Nord-Pas-de-Calais. She has curated a large amount of exhibitions worldwide and was part of the curatorial teams for the Beaufort Biennial 2016, Palais de Tokyo at the Lyon Biennale 2015, Play Kortrijk 2018, amongst others. 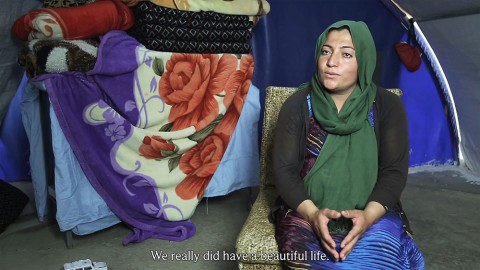