Power Play is a biennial festival in Singapore that explores the manifold dimensions of the notion of power through the playful possibilities of contemporary art. The festival will feature a multitude of international and local works including performance art, video art and visual art, in an attempt to encourage intercultural discussions pertaining to the play of power.

Power is an intrinsic part of life and is inextricably woven into the everyday, taking on multiple visible and invisible forms. Power often draws invisible lines that significantly shape human societies in ways that people might not even be aware of. These lines of power may have been normalised and internalised over time, with geographical and societal boundaries becoming readily accepted by humans as a way of life. While on one hand, globalisation encourages the mobility of people and the flow of ideas; on the other hand, it has led to the contesting of space and identities.

Internationally, the very lines drawn to indicate national borders may be assertions and contestations of economic and political power, based on each nation's interests. However, can the same lines of inequality that are drawn across land and waterways also be the same lines that safeguard the health, welfare and social functioning of its people, for example, as a means to contain the spread of a pandemic? In the potential division created by these geopolitical lines, can the diversity of personal and cultural identities, practices, languages and ways of life become fragmented, forgotten and subsumed? While these lines can physically uproot populations, scattering them into multiple diasporas around the globe, can these same lines of power also ignite the development of new personal and collective identities that create much-needed social change?

Domestically, political and business leaders within individual societies may leverage their power to implement spatial planning and economic policies. Sometimes, these lines of power are drawn based on nationalistic and self-serving agendas, yet these lines also create structures of safety and a sense of reliability and support. The lines of power that organisations, institutions and religious groups may draw in the form of dominant leadership, social norms and indoctrination, can also provide relief from anxiety, serve as a guide in uncertain times and harness the collective power of a group working together towards a common goal.

The violence of disempowerment could become further normalised when individuals adopt these invisible lines of inequality as part of their own identity and worldview. For example, drawing lines of social exclusion could be based on the pretext of safeguarding a perceived threat to a particular group's social identity and authenticity. These lines of power can sometimes be drawn up subtly; not expressly articulated, but its effects can be deeply felt and experienced. When the effects of these invisible lines are felt and reach a breaking point, can these lines of power also spark alternative subcultures and movements rooted in empowerment?​

Although the way the lines of power are drawn can lead to coercion, war, and fatalities, power can also be positively redirected by individuals and collectives to create social change. One way that people can be aware of and interact with these invisible lines of power is through creating art. The process of art making is one that engages the whole being of a person: it invites the person to be in a state of play where the world is approached from the openness, creativity and curiosity of a child, questioning everything. This state of play, with the mindset of an explorer who is eager to learn, can lead to discovering the wisdom in between the lines of power. Potentially, when each person fully surrenders to the process of art making, there can be an inversion of power dynamics; when the lines are clearly seen and honestly met, there is suddenly a freedom from the old lines of power. As such, we can see how play is a necessity in art making. By engaging in purposeful play, individuals and collectives can potentially unravel the invisible lines of power and write new, empowering narratives.

​The inaugural edition of Power Play 2020 invites artists to come together as citizens of agency: exploring, questioning and subverting the invisible lines of power as experienced through geopolitics, social geography and identity. Discussing the gravity of power dynamics through the purposeful play of contemporary art, the festival will feature over 40 international and local works including performance art, video art and visual art.

*Incomplete application will not be considered.
*Results will be announced by June 2020. 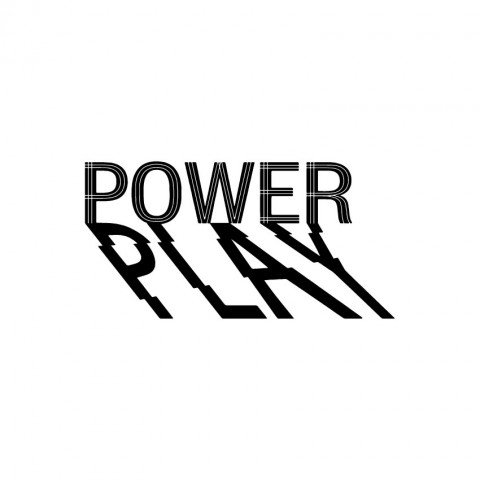