Richard Koh Fine Art (RKFA) is pleased to announce Sergio Fermariello's (b.1961, Italy) solo exhibition in Singapore. Warriors is scheduled to run from 7 – 29 Feb 2020. The artist will present 7 works on canvas and a video work.

Sergio Fermariello (b. 1961) won the "Saatchi and Saatchi International Prize for Young Artists" the first time it was awarded in 1989, at the Palazzo delle Stelline in Milan. That same year he exhibited his work for the first time in a solo show at the Lucio Amelio Gallery, in Naples. His work has also been shown at a number of international events, such as the Metropolis exhibition at the International Kunstausstellung in Berlin in 1991 and the exhibition Les pictographs at the Musée de l'Abbaye Sainte- Croix in Les Sables-d'Olonne.

Titled Warriors, the core of the show lies in the artist's fascination with the oscillation of empty space, time and obliteration of ego. With a tender but vigorous approach to subtle storytelling in his works, Fermariello employs meditative repetition to encapsulate the essence of the warrior. Kindly see enclosed press release for further information. 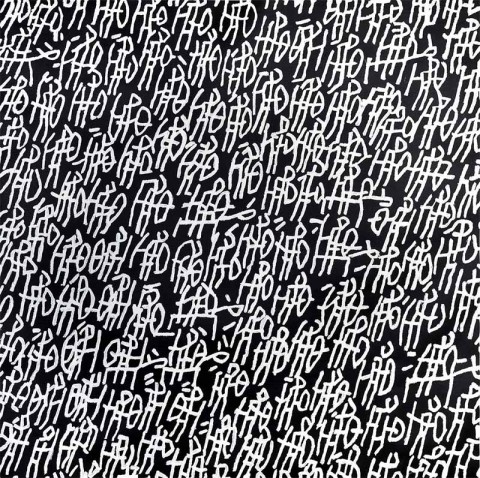