Organised by: Esplanade – Theatres on the Bay
Performed by: Bon Appétit Theatre

In a small town near the North Pole, there lived a little girl named Sonna and her best friend, the polar bear Gullinkambi. One night, Gullinkambi is nowhere to be found. Unable to trace the whereabouts of her best friend, the heartbroken Sonna muster her courage and decide to embark on a solo adventure to bring her friend home, bidding farewell to her warm home and her beloved grandmother.

Through this unknown journey, faced with threatening weather conditions, a mountain of challenges await her. Will little Sonna brave through these obstacles and bring her friend safely home? What awaits them upon their return?

An original production by Bon Appetit Theatre, Gullinkambi is a tale of love and courage told through a multi-disciplinary showcase of puppetry, physical theatre, lights and music.

Open your mind to a world of imagination as you follow Sonna's search for Gullinkambi in this heartwarming non-verbal puppetry production, bound to touch anyone and everyone, from the young to the young-at-heart.

Since the premiere of Gullinkambi at the 2018 Taipei Fringe Festival, the group has been invited to be a part of an artist incubation project at Huashan 1914 Creative Park's Umay Theatre. 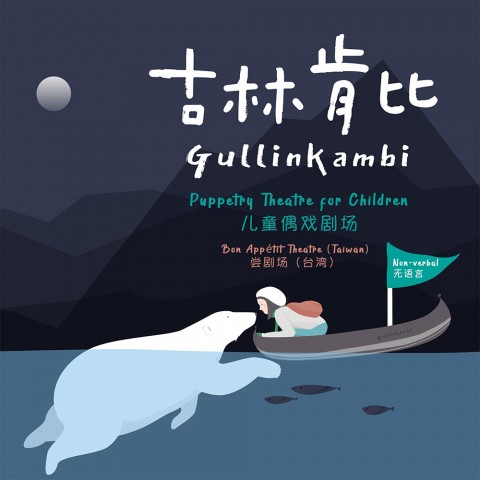