L'arietta Productions proudly present the Asian premiere of THE THREE FEATHERS by Lori Laitman. Join Princess Dora as she ventures into the magical world to save her father's kingdom. Written for the young and the young at heart, the whole family is invited to be part of Princess Dora's adventure this November at Aliwal Arts Centre.

Based on a tale by the Brothers Grimm, the opera presents a young female protagonist, Princess Dora, as its hero. A magic feather leads the shy, self-doubting princess to an enchanted Underworld ruled by a giant Frog King. Here she summons her courage and compassion to face a series of mysterious and comic adventures that change her life. Completing her quest, she saves her father's kingdom from the plots of her selfish sisters and earns her right to the crown.

Described by Fanfare Magazine as "one of the most talented and intriguing of living composers," Lori Laitman's works are widely performed internationally. Written with librettist Dana Gioia (past Chairman of The National Endowment for the Arts), "The Three Feathers" was commissioned by the Center for the Arts at Virginia Tech in 2014, and we are thrilled to produce its Asian premiere.

Audience participation is mandatory, bring your whole family and get ready to join Dora and the creatures of the underworld! 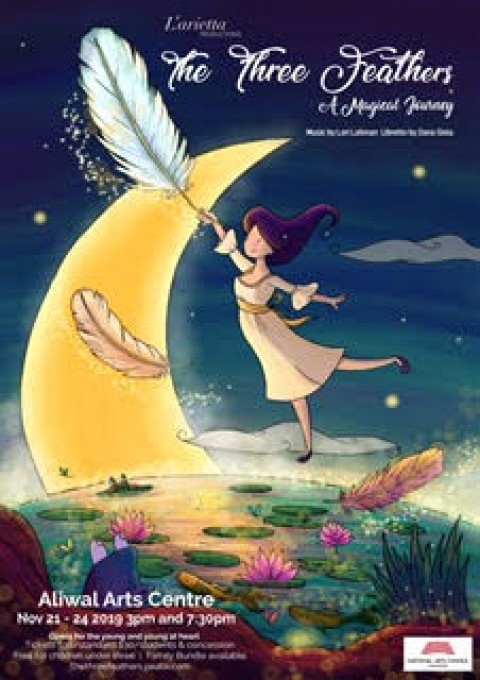