Hailed for her sensitive musicianship, Laura Peh is a graduate of the Royal College of Music, London. She holds a Bachelor of Music (Honours) and a Licentiate (LTCL) in Harp Performance with Distinction. At the age of 14, she was admitted to the Ecole Normale de Musique de Paris, France where she studied with eminent French harpist Isabelle Perrin.

Based between Hong Kong and Singapore, Laura continues to conduct masterclasses, and perform solo and chamber concerts in the region.

Dr Azariah Tan received a Doctor in Musical Arts in Piano Performance from the University of Michigan, under the guidance of Dr. Logan Skelton. The National Arts Council-Conservatory scholar was also a Dean's lister at the Yong Siew Toh Conservatory where he graduated with first-class honors from his Bachelor of Music studies with Albert Tiu. He went on to study at the University of Michigan, receiving two Master of Music degrees in Piano Performance and Chamber Music, as well as being nominated to represent the piano department for the Earl V. Moore School of Music Award.

Azariah has been a recipient of many awards, such as the VSArts International Young Soloists Award in Washington DC; the NUS Outstanding Young Alumni Award; the NUS Society Medal for Outstanding AllRound Achievements; the NUS Outstanding Student Achievement Award; as well as full-scholarships from the University of Michigan, the National Arts Council of Singapore, and the Yamaha Music Foundation of Japan.

Azariah has been extensively featured on international TV, radio and in printed, as well as national news media, including internet video coverage and the Voice of America. He has performed in the USA at venues such as the Kennedy Center and Carnegie Hall as well as internationally, in Europe, Japan and South-East Asia, and has appeared in concerto performances with the Singapore Symphony Orchestra, Polish Silesian Philharmonic, and others. 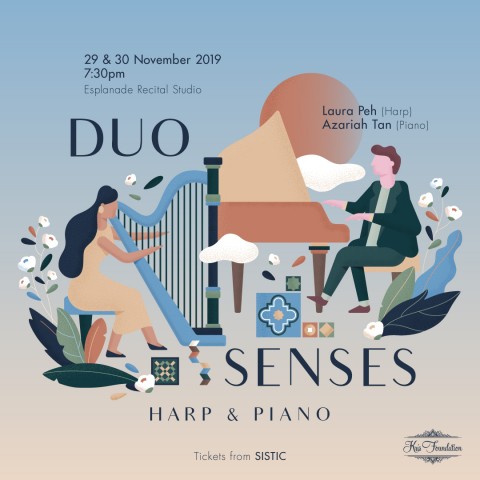