In this festival commission, carnatic rockers Agam are back with a new avatar!

Agam perform their popular favourites and hit songs in this concert, which also features an exclusive segment with specially crafted repertoire performed by the band together with prominent hindustani vocalist Kaushiki Chakraborty. Conceptualised by award-winning producer Sai Shravanam, this collaborative segment reimagines familiar tunes of both Agam and Kaushiki.

A memorable music experience awaits you by Agam and Kaushiki, also known as the Nightingale of the East

Agam
AGAM is a multiple award-winning, genre-defining, contemporary carnatic and Indian classical rock band from Bangalore, India. They are pioneers in the genre of carnatic progressive rock, and this is their third time at Kalaa Utsavam.

AGAM derives its name from the ancient Sanskrit word which translates to "The Inner Self". Their music combines the melodic scales and intricate rhythm structures offered by Indian classical music with the aesthetic principles and tonal elegance from Western world. AGAM has released two studio albums The Inner Self Awakens and A Dream to Remember. They have performed and toured across India and Singapore, Malaysia, The Middle East, UK, and the US.

Kaushiki Chakraborty
Kaushiki Chakraborty is one of the most celebrated Indian classical vocalists. Her concerts showcase her unique mastery over khayal and thumri styles of hindustani classical vocal music. Coming from a musical family Kaushiki's father and teacher is the renowned Ajoy Chakraborty. Hailed as a prodigy, Kaushiki has established herself as one of the finest interpreters of the Indian classical style, completely devoted to the music and its spiritual depth.

Sai Shravanam
Sai Shravanam is one of the few classically trained sound designers in India, and his in-depth knowledge of rhythm, melody and score writing is his greatest strength in music production. Since 2004, Sai has been composing for background scores in theatre, instrumental and vocal albums, re-recordings and films. In 2012, his versatility fetched him commendable recognition as a Sound Recordist/Additional Engineer for the Academy award winning film Life of Pi directed by Ang Lee. 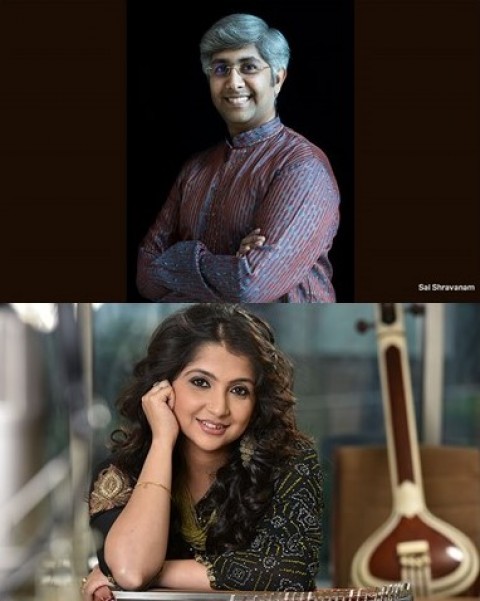