Polyphia guitarists Tim Henson and Scott LePage are swinging by Singapore and Vietnam to conduct Guitar.com Masterclasses – and, yes, they sure can djent.

Take in some shred wisdom from the pair behind the group's guitar wizardry when they hit up Singapore and Vietnam.

The math/prog/funk/rock trailblazers have made a name for themselves for their technical guitar playing, meticulously crafted tones and genre-hopping style. And the band's two guitarists, Tim Henson and Scott LePage, will be taking the stage in Singapore and Ho Chi Minh City to discuss gear and technique, and performing material from their three studio albums.

Polyphia first tasted success when a playthrough of the song Impassion went viral on YouTube. With its huge riffs and impressive solos, it's no surprise it caught the attention of millions around the world.

Polyphia went on to blend genres in their music, leaning towards a more math-rock style while incorporating elements of R&B, hip-hop and EDM. Their latest record, New Levels, New Devils, is notable for its clean, funky sounds in contrast to the band's earlier metal style.

Across their numerous EPs and albums, LePage and Henson have showcased some incredible guitar skills – you don't want to miss the chance to see them break down the elements of their signature style, and watch them perform up-close.

Don't forget to look out for special event promos on guitars and gear on the day! 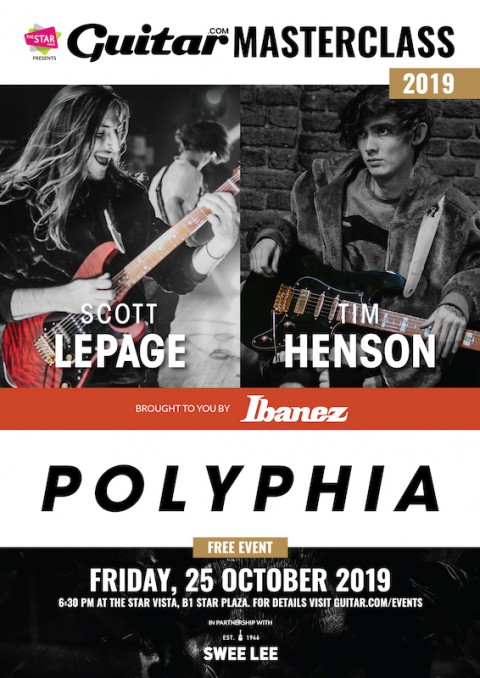