The term "Kathak" is derived from the Sanskrit word Katha which means "story", and Kathakar which means "the one who tells a story". Kathakars communicated stories from the great epics and ancient mythology through dance, songs and music in a manner similar to early Greek theatre. Kathak evolved during the Bhakti movement, later performed in the courts of north Indian kingdoms.

Kathak is found in three distinct styles called "gharanas", named after the cities where the Kathak dance tradition evolved – Jaipur, Banaras and Lucknow. While the Jaipur gharana focuses more on the foot movements, the Banaras and Lucknow gharanas focus more on facial expressions and graceful hand movements. Nupur means bells and Lahri means waves. Shivangi draws inspiration from the sound scape of waves and bells as their Kathakars and will be taking the audience on a journey with a tales through her anklet bells.

Shivangi has been a faculty member, company Dancer and choreographer at Apsaras Arts Dance Company since 2015. More than two decades on a journey as a professional Kathak dance artiste, Shivangi has been recognised to be vibrant and graceful Dancer at her generation and has embraced a distinct style of performing which is compelling to her personality. She started learning Kathak at her age of 8 under the tutelage of guru Dr. Sadhana Naphde. She was awarded a National Scholarship by the Ministry of tourism and culture, Government of India and received intensive Kathak training under the guidance of guru Smt. Shama Bhate. She has also successfully completed her Visharad, Alankar from Gandharva Mahavidyalaya and Master of fine Arts in Kathak. Over the years, Shivangi is privileged to have been receiving the advance training from the legendary Pt. Birju Maharaj, and be able to perform his master choreographies.

Shivangi has been performing widely at the international arenas and to specially mention her performance at Vasant Utsava-New Delhi, Nrityotsava-Nalanda Dance Research Centre, Mumbai, Rasas for Dance at Esplanade, Singapore and many others were well received by the audiences. Shivangi's performance also featured in the National television for reality shows in India. Shivangi has several prestigious awards to her dynamic performance. 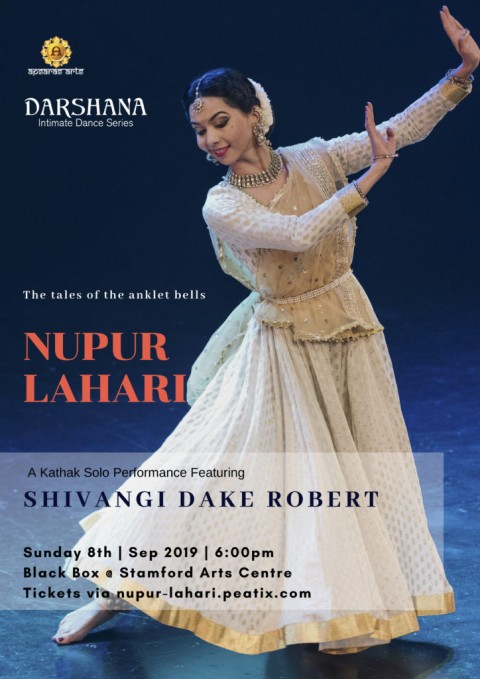