Organised by: School Of The Arts Singapore
Performed by: Pugs in Pockets

"Pugs in Pockets" is a student band from SOTA consisting of musicians ranging from ages 15 to 17. Not confined to a singular genre, the band plays a combination of funk, pop and jazz. The band had played multiple different gigs together, including the Singapore Night Festival in 2018. Over time, new members have been added to the band, allowing the band to explore other genres of music. The band enjoys taking on chart-toppers, rearranging pop songs, introducing different styles, and coming up with different grooves to add their own flavour. Their setlist will bring together an eclectic mix of artists and genres, including pop stars Maroon 5 and Ariana Grande; various up-and-coming singers, and smooth jazz tunes. 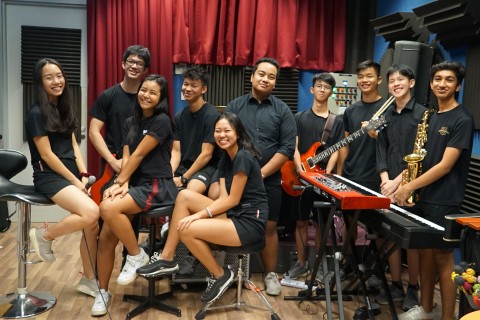