In Your Shadow by Sandhya Suresh and Karishma Nair

In this restaging, two emerging dance choreographers present their original choreographies, bringing to light the invisible standards and responsibilities that women bear, through a dialogue between poetic narrative and contemporary movement. With dramaturgy by Beto Ruiz, original music by Bani Haykal and choreography mentorship by Raka Maitra.

Where does the need to be feminine come from, and why is it defined as such? It would seem that a woman's strength lies in her ability to internalise—to withstand wrongdoing, absorb anger, and endure pain. Though it cannot be denied that women have become increasingly vocal and outspoken about equality, there is still a pervasive need for women to define themselves by the same standards of femininity.

When a woman shows aggression or uses a commanding voice, she is derided for her masculine qualities. Since external assertions of strength are denied to her, is internal strength the only kind allowed for a woman? A woman takes care of her beauty. She watches her figure. She smiles at strangers. As if she is not yet a person of substance, but instead someone constantly performing as a perfect woman, waiting to be discovered.

The Last Walk for Water.
by Karishma Nair

What makes a young girl choose death over facing her family after losing a day's water? The Last Walk for Water explores the tragic final moments of Letikiros Hailu, a young Ethiopian girl who, like most women and girls in the region of East Africa, spends eight hours a day waiting and walking for water. On one fateful day, she slips, falls and breaks her full pot of water. More than eight hours of walking and waiting are undone through a single misstep. Instead of going home, Letikiros takes that same rope that held the clay pot to her back, ties a noose around her neck, climbs a tree and hangs herself.

The Last Walk for Water explores the state of mind of this young girl as she watched the water spill out on the dusty ground. The unfortunate circumstance of her birthplace, gender and the increasing effects of climate change put her in a position that made her value a single pot of water over her own life, at the age of 13.

This work is a response to the ever growing risks and effects of global warming and the lives that are most deeply affected by it, and is inspired by The Last Walk for Water by Scott Harrison, Founder of charity:water 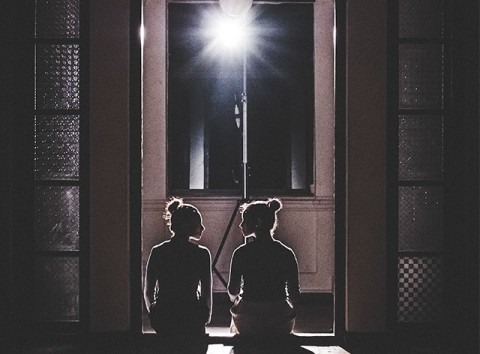