As the first alternative rock party of its kind in Southeast Asia, EMONIGHTSG is the celebration of an era that moulded teens, offered shoulders to cry on in the form of sappy and emotional tunes, and most importantly—taught acceptance over rejection.

More than just a throwback to the glory days of Myspace, eyeliners and skinny jeans, EMONIGHTSG is a celebration of all things alternative. A breather to escape the clutches of convention for the Michael Ceras of the real world, the skaters with tattoos and mohawks and anyone who doesn't feel like they can sit with Regina George at the cool kids' table. This night is dedicated to them. Expect to hear alternative music, from indie to grunge to pop punk and emo, and immerse yourself in a world beside the regular.

About Look Ma, No Hands!
Party planners who are actually just three kids who don't want to grow up, Look Ma, No Hands! (LMNH) is an event organising/promotion collective based in Singapore. LMNH conceptualised EMONIGHTSG, which has hosted international rock artists and DJs like Ryan Key (Yellowcard), Shane Told (Silverstein) and Kyle Patrick (The Click Five). EMONIGHTSG has appeared at festivals such as the Formula One Singapore Grand Prix, HSBC Singapore Rugby Sevens, Bandwagon Riverboat and Local Motion Music Festival as well as hosting a monthly staple, EMONIGHTSG: The B-Sides, at Kilo Lounge. 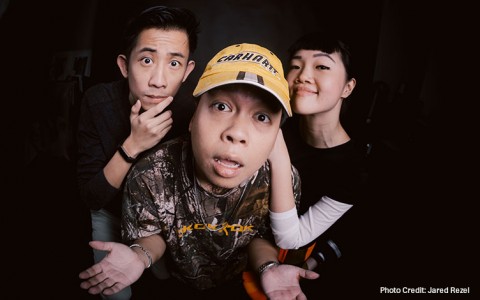