Vicky is trapped in a mound, but in a cheerful spirit, only with her limbs and head seen. She enters into a series of memories, imaginations and recollections of stories told by her folks when she was young. Often, she speaks to her husband Victor as she recalls the happy days of their dating and marriage. However, she is not acknowledged with any response.

She is constantly "visited" by Bobo who dances past her frequently but does not seem to respond to her. Is he her memory, imagination, or someone from her life?

Bernice Lee (Director)
A National Arts Council Bursary recipient, Bernice received a Bachelor of Fine Arts in Dance with
Honours from The Ohio State University (OSU) in May 2010, where she performed the works of Bebe
Miller, Gu Ming-shen, Meghan Durham, and Sololos by Trisha Brown, directed by Abigail Yager.

Her works have shown internationally in Vientiane, Solo, Jogjakarta, Bangkok and New York. She
often devises performances collaboratively and those works have been presented in Singapore at
ArchiFest, ArtScience Museum, Arts House, The Substation, and TheatreWorks. A prolific performer,
she has worked for Frontier Danceland (2012-2014) and Maya Dance Theatre (2014-2017). She also
performed in Mandala by In Source Theatre at GAC Black Box in 2014 and Shanghai International
Theatre Festival 2015. In 2018, Bernice has been developing her artistic practice through residencies
including ELEMENT at Dance Nucleus and Time_Place_Space: NOMAD organised by Arts House
Melbourne.

Beverly Yuen (Playwright)
Beverly Yuen is the Artistic Director of Grain Performance & Research Lab. Under the collective, she
directed and performed in a physical theatre piece A Walk into the Mandala in 2017.

Beverly obtained her Bachelor of Arts (Theatre Studies) from the National University of Singapore
and a Masters and PhD in Communication Studies from the Nanyang Technological University. In
1995, she co-founded Theatre OX with Ang Gey Pin and a few other theatre practitioners, and was a
full-time performer with the troupe from 1995 to 1999. In 1998, she headed to the Workcenter of
Jerzy Grotowski and Thomas Richards (Italy) and received intensive performer training for a year.

Beverly founded In Source Theatre (IST) in 2001 and was its Artistic Director from 2001 to 2013. With
IST, she produced, created, performed and marketed more than 20 original works locally and
internationally. Beverly also performed in productions directed by various directors/ choreographers
such as Lim Chin Huat, Kok Heng Leun, Jean Ng and the late William Teo.

She also penned four full-length plays: D-evil of Light (English, 2001), I Dance I Wander I Wonder
(English, 2004), Cage (Mandarin, 2004) and Sleeping Naked (English, 2016). Happy Waiting is her
second play to receive developmental support from Centre 42 under the Basement Workshop
programme after Sleeping Naked (2016).

Her theatre journey began as a production intern at The Necessary Stage in 2009. She then pursued
studies in interdisciplinary practice at Queensland University of Technology, obtaining a Bachelor of
Creative Industries (Drama) with Distinction.

In Australia, Sonia worked actively in the Brisbane independent theatre scene. She co-founded
theatre collective Opiate Productions, co-writing and co-directing an original script which was
selected by the Festival of Australian Student Theatre. She also coordinated and marketed Backbone
Youth Arts' 2high Festival 2012 and created a site-specific work for Anywhere Theatre Festival. Sonia
has also worked and trained regularly with Zen Zen Zo, gravitating towards physical theatre, devising
and performing.

Back in Singapore, Sonia was employed full-time at social enterprise The Thought Collective and
facilitated with Singapore Creations, a non-profit that works with young people, before joining ITI in
2015. Her recent theatre credits in Singapore include: performing in The Silly Little Girl and the Funny
Old Tree directed by Ang Gey Pin in 2019; facilitating and performing for Speak Cryptic's The Tribe as
part of Club Malam at SIFA O.P.E.N. 2016; collaborating and performing with
sound/performance/zentai art collective The UFO Project at Neon Lights Festival 2016; and
performing in Mandala by In Source Theatre in 2014.

Neo Yan Zong (Dancer)
Yan started dancing in 2008. In 2011, he was selected for a Scholarship Program at Frontier Danceland,
a professional Contemporary Dance Company in Singapore. The training sparked his interest to
pursue dance full-time in 2014. He is now a graduate of the Anton Bruckner Private University's
bachelor program, with a Degree in Contemporary Stage Dance and Dance Pedagogy.

Yan is passionate for theatrical, improvisational and performative works. He seeks to incorporate
humour and props in performances. Yan was part of a collective named Yellooww, which performed
a fully improvised work, "The Happy Hour Show" in Linz, Austria.

Yan has a keen interest in Contact Improvisation; he has traveled to Kuala Lumpur (Malaysia), Taipei
(Taiwan), Xiamen (China) for various festivals. He had the privilege to learn from one of the pioneers
of Contact Improvisation, Nancy Stark Smith. It is his practice to search for efficiency and functionality in movement. Yan has a deep interest in martial arts. He practised Aikido, Systema and Wing Chun, seeking to integrate other movement practices with dance.

Yan aspires to be a dance educator in the future. He had the opportunity to share his interests and
teach workshops and intensives in Singapore, Poland, Austria, Germany, and the UK. He hopes to
continue to improve his methodologies and approaches in dance pedagogy. 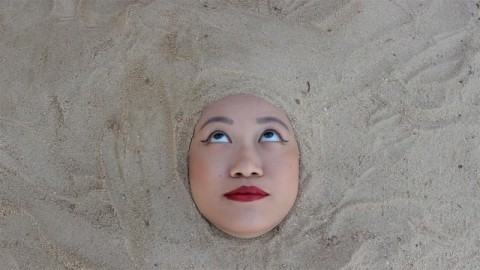