Marjorie turns the tables on an attempted sexual assault when she manages to restrain would-be rapist Raul. But when her housemates return home and discover the situation, are they on her side, or will the manipulative Raul turn them against her? Can Marjorie trust the police to believe her over Raul, or is she better off taking justice into her own hands?

Written by Emmy winner William Mastrosimone and inspired by the real-life experience of a rape survivor whose perpetrator was never convicted, Extremities is an intense psychological drama that challenges misogynistic misconceptions about sexual assault.

"A stimulating evening of theatre" - New York Times
"Riveting, unmissable drama" - London Theatre
"Compulsively watchable" - The Guardian
"Food for thought in the nature of vengeance, justice and the fragility of our sense of security" - Orlando Sentinel 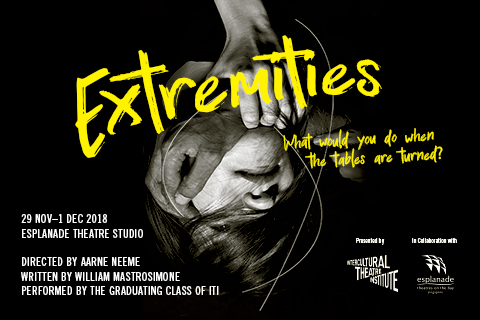