"Stacey's singing never lets us forget these songs are about people. Her protagonists come to life so fully in her voice, you sometimes have to remind yourself the CD has no visuals. Here's a great jazz diva of our age." Kazuo Ishiguro, Nobel Laureate

The ever-charming Stacey Kent returns to Mosaic to infuse the Esplanade Concert Hall with her effortless musical grace.

Stacey Kent is a jazz singer in the mould of the greats, with a legion of fans around the world and a host of honours and awards including a Grammy nomination, album sales in excess of 2 million, and Gold, Double Gold and Platinum albums that have reached a series of no.1 chart positions.

Her most recent release I Know I Dream: The Orchestral Sessions has received glowing reviews, including a coveted five stars in DownBeat magazine, and won Album of the Year in the vocal category at the 2017 Jazz Japan Awards.

Together with her band, she performs songs from her latest album I Know I Dream, a selection from her previous albums, and a few surprises that have not been recorded yet. I Know I Dream features standards, French chansons, Brazilian bossa nova, and songs written for her by composer Jim Tomlinson and Nobel Prize-winning writer Kazuo Ishiguro. 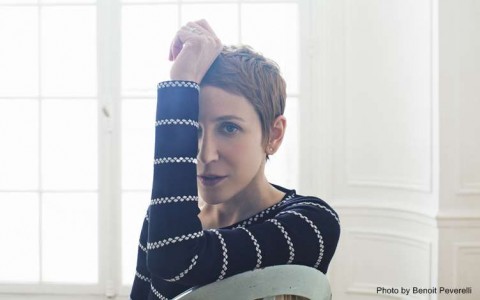