★★★★★ "Imelda Staunton is unforgettable in Sondheim's showbiz stunner" – Guardian
★★★★★ "A perfect production" – Metro
★★★★★ "Not just triumphant, but transcendent" – The Stage

Stephen Sondheim's legendary 1987 musical enjoyed a sold-out run at the National Theatre in 2017. Now, catch this glorious revival in all its colours and emotions as it screens at Esplanade this September.

New York, 1971. There's a party on the stage of the Weismann Theatre. Tomorrow the iconic building will be demolished. Thirty years after their final performance, the Follies girls gather to have a few drinks, sing a few songs and lie about themselves. 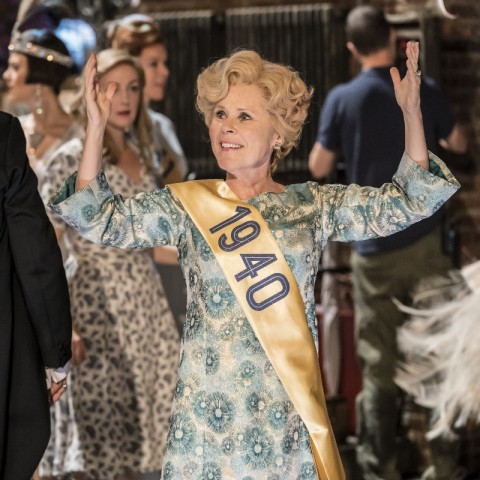