Resonance: The Heart of Singing

EVOKX under the direction of our music director Terrence Toh, presents the first of a new concert series Resonance: The Heart of Singing with an exciting collaboration with Vocalismo Choral Group (VCG), a celebrated ensemble from the Philippines. Helmed by esteemed conductor/composer Lester Delgado, VCG comprises talented and passionate singers, many of whom are graduates from the prestigious University of Santo Tomas (UST) Conservatory of Music.

The first of this series will be held on 11th November 2017 at the School of the Arts (SOTA) Concert Hall. The programme is where East meets West - featuring compositions by Asian and American composers. The first half will be built on the dynamism of Asia as a melting-pot bursting with distinct cultural identities. We will be presenting works such as Itsuki no Komori Uta by Ko Matsushita, Bengawan Solo by Ken Steven, and Kyrie Eleison arranged by Lester Delgado. The second half of the concert will showcase choral works by American composers, accompanied by the sounds and textures of a percussion ensemble, presenting key works such as Three Nocturnes by acclaimed composer Dan Forrest. 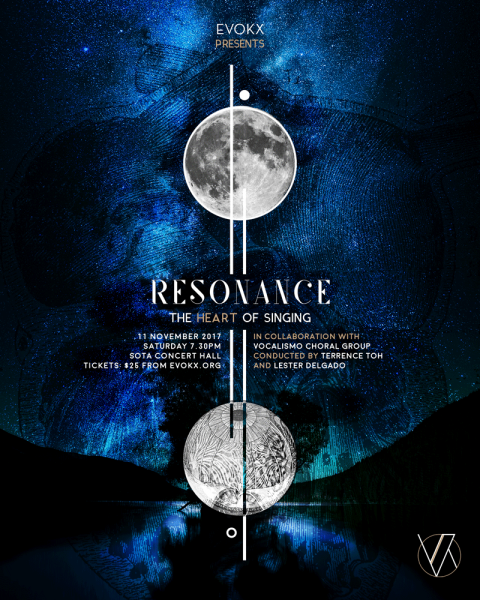