Terrarium by The Steve McQueens

Organised by: Esplanade – Theatres on the Bay
Performed by: The Steve McQueens

Terrarium is a reflection of The Steve McQueens' journey in the past two years. Having undergone soul-searching metamorphoses at both personal and collective levels, the new album to be released in September 2017 is a blossoming realisation of artistic purpose—the planted seed has fully grown. Along with it, a new SMQ sound.

Terrarium unravels to the listener as an album that explores new directions while eschewing common traps to fall into trends or fads. Because ultimately, Cool isn't about deliberately setting oneself up for something, but about being comfortable with living; embracing one's journey at one's own time and pace—that is what Terrarium is about.

Watch SMQ perform their first Terrarium concert in this special showcase at Esplanade!

The Steve McQueens is an Esplanade Mosaic Associate Artist.

About The Steve McQueens
The Steve McQueens refuse to be pedestrian; they don't live in the transient or the touch-and-go. Swerving between cool seduction and gripping magnetism, they aim to light the world up with their brand of self-styled neo-vintage soul-funk.

With each tour, The Steve McQueens have earned glowing praise and left an indomitable mark on their listeners. This has inspired the quartet to record their next album titled Terrarium, launching September 2017. 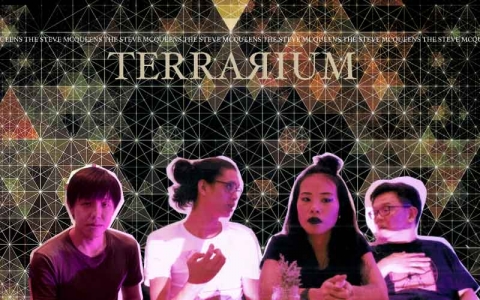