The Chronicles of Qian Chou in Shrimps in Space – An Interview 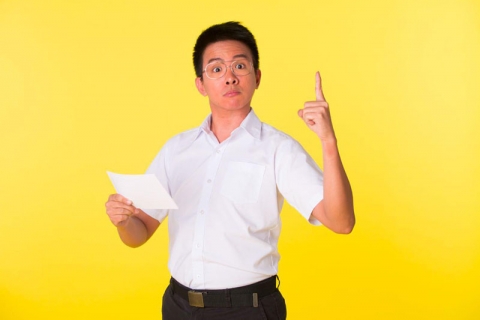 Did you know Hang Qian Chou wanted to be a bus driver when he was young? Lucky for us, he ended up in the theatre! We asked Qian Chou to fill in some blanks, à la old school consent forms, to tell you more about himself, himself! (As if, he doesn’t have enough stories to tell, all by himself on the stage for his monologue! Hee hee.) 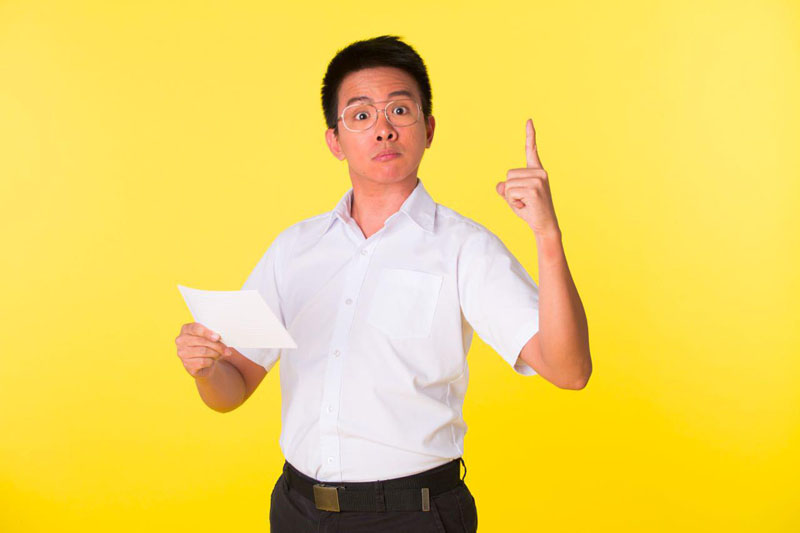 Shrimps in Space chronicles the struggles of Huat Bee as he tries relentlessly to fit in. He is challenged by his own fears of growing up, friendship, dating, identity and loss. However, his journey is made a little less daunting with the help of his good friend King Kong, who seems to be the only one that never saw Huat Bee as weak or helpless. The audience is invited to look back at their growing up days and encouraged to contemplate what it means to grow up in Singapore. Today, we invite Qian Chou to tell you about his growing up days…

All About Hang Qian Chou!

(Please fill in the blanks.)

Good day everyone! My name is Qian Chou. I was from the Class 4F. I was from a co-ed school: Dunman High. On CCA/ECA Day, I thought I would pick NPCC. But I ended up in Chinese Drama Society. My best friend is a real estate agent who has a cat called Ah Meow, but I loved him for who he is anyway. The craziest thing we did in school was to sneak out of school before it was even 10am to go play cards at our friend’s place. I still remember we were there so often and for such long periods of time that we even had our meals with the family, almost as if we actually lived there. Fortunately, we are still in touch. But fret not! There is always a good ending for beautiful people. I always thought when I grow up, I want to be a bus driver, but I ended up in the theatre, where I know one day I will live out my dream vicariously when I finally land the coveted role of a expletive-spewing bus driver. And that’s awesome!

1. This is your first monologue! Tell us how you managed to cope with all the lines you have! (Especially amidst all the other plays you were involved in prior to Shrimps in Space!)

I don’t! The mountain of lines just consumes me like a voracious monster and then when the time is right, it all just spews out of my mouth like it’s the most natural thing in the world. Well at least, that’s the intended effect! But seriously, it took me weeks and months of rehearsals and constant immersion into the character before the lines came somewhat naturally to me. You should see all the weird stares I get on the bus and train when I mutter the lines under my breath, with occasional facial contortions!

2. You mentioned that one good difference in doing a monologue, as oppose to other plays you’ve done, is that there are no other cast involved – no interactions with another performer means no need to accommodate another character. Could you give us more insights into your monologue experience?

Being the only actor on stage can actually be a very daunting feeling; there’s nobody else to help me out when I stumble (both on my lines and literally) or have a sudden brain-freeze moment. And there’s no respite, other than the precious few seconds when I’m behind the set doing a costume change. Even then, all the rest I get is just a few moments of catching my breath and a few sips of water, if I’m lucky! On the flip side, the satisfaction I get when I can feel that what I’m doing on stage is hitting all the right notes is immense. There’s no better drug to get high on.

3. Give the young ones some advice on maintaining their stamina to last through a 100-minute monologue.

Now you’re making me feel old! I’m still a young one, mind you haha. I think an important aspect is to know how to pace yourself through the duration of the performance. Know when to slow down so that both you and the audience can catch a breather. Find points in the action to vary the tempo and intensity. These all come with experience and more importantly, regular training. Training of both the body and mind so that you can be at the optimal condition when you go on stage. And for that, I have to credit the work that I’m made to put in at Nine Years Theatre. The secret to the longevity of an actor’s craft lies in sustained regular training.

4. Other than getting to see you in a figure-hugging, shimmering mambo clothes and nostalgic bell-bottoms, what other surprises are in store for the audience?

It wouldn’t be much of a surprise on the day if I tell you now, would it? Let’s just say you will get to experience more than you bargained for, both visually and emotionally. 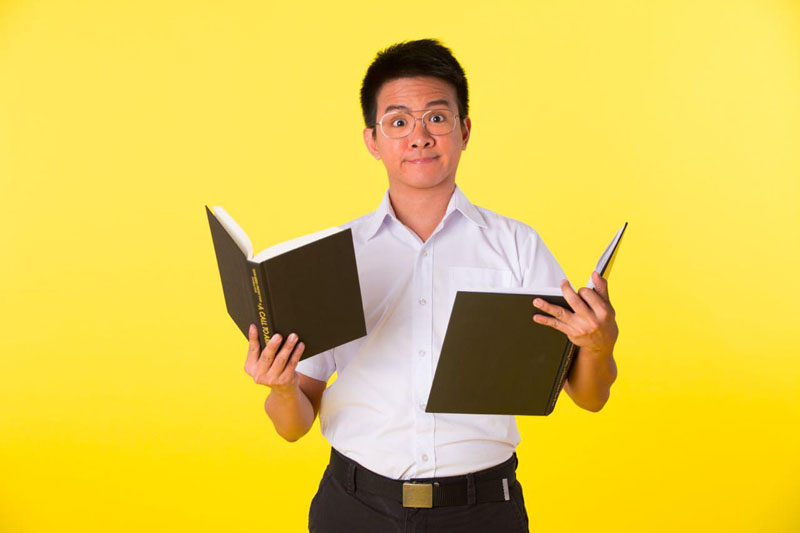 He graduated from the NUS Theatre Studies Programme and has also trained at David Diamond’s Theatre for Living (Vancouver, Canada) and Ecole Philippe Gaulier’s Summer School (Paris, France). He was also in the pioneer cohort of W!LD Rice’s actors’ training programme young & W!LD. He is currently a practitioner of the Suzuki Method of Actor Training and Anne Bogart’s Viewpoints.

He has won three Life! Theatre Awards for Best Ensemble for his work in Twelve Angry Men, Lao Jiu: The Musical and Mad Forest and was similarly nominated for Own Time Own Target and The Hypochondriac.

Qian Chou is a founding and core member of NYT Ensemble Project.