An Interview with a member of the Tribes – Ethel Yap 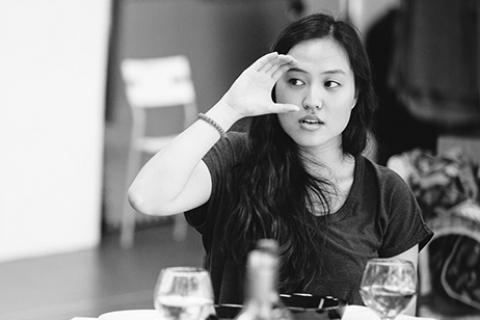 As part of the 2015 Transformation Trilogy Season, Pangdemonium returns with Tribes – a humorous and heartbreaking play about love, family and communicating with the ones you love. Ethel Yap plays Sylvia, who is rapidly losing her hearing. We speak to Ethel about her debut production with Pangdemonium. 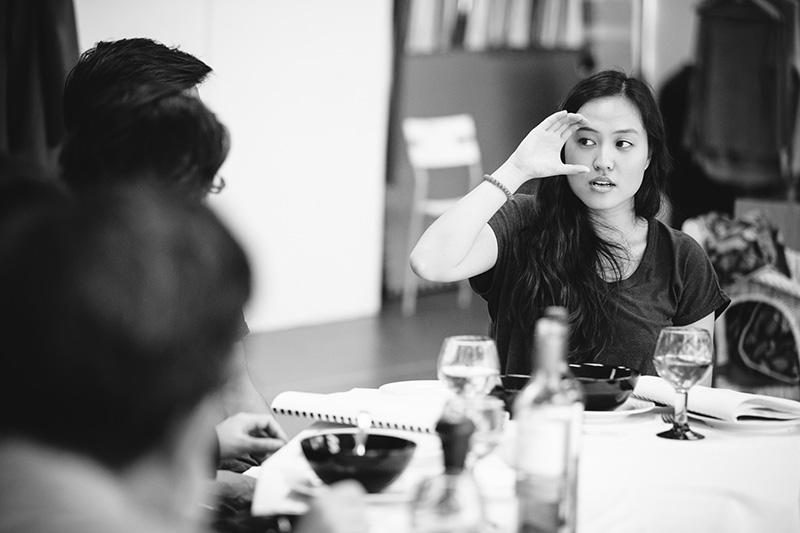 1. What’s your first impression when you read the script?

I was blown away by the crazy dialogue! The characters are all so quick-witted! There are also some really heartbreaking moments which are quite beautiful in their own way.

2. You have taken on many different roles in a wide variety of theatrical performances. Tell us the unique experience of being involved in Tribes with Pangdemonium, and portraying Sylvia.

I guess the most unique thing about being in Tribes is the character I get to play. Sylvia is honestly unlike any other character I’ve performed before. She is incredibly complex, she’s spunky and she’s intelligent, but there’s also a deep insecurity that lies at the core of her being as someone who constantly shuttles between the hearing and deaf worlds. These contrasting elements really pull at her in opposite directions and the internal conflict is really challenging to portray on stage. Another incredibly unique thing is that I’ve had to learn sign language for the role!

3. Is there any new experience you made whilst working on this script that deals with a loss of hearing?

Many, but I suppose the most significant one would be finding an accurate voice for Sylvia. She’s grown up hearing so she knows how to speak clearly, but having late-onset deafness that gets gradually more and more severe as the play goes on means I have to keep calibrating the way I speak with each passing scene. The challenge was to find a narrow vocal range that is accurate to people who have post-lingual deafness.

I guess I’m quite similar to Sylvia in that I love words – I love wordplay and multiple meanings, and I love laughing at well-crafted lines.

In terms of differences, I think Sylvia is a lot bolder than I am in real life. I’m not terribly shy, but I do have my meek moments and times when I’d rather just shrink into the background. Sylvia’s very different – she’s not afraid of a verbal challenge and she’s determined to make her voice heard.

5. As Ethel, how would you describe your tribe at Pangdemonium?

It’s CRAZY!!! In the best way! We have so much fun laughing over the most hilarious and ridiculous things. We can erupt into laughter over anything. Sometimes that makes it hard to rehearse!!! 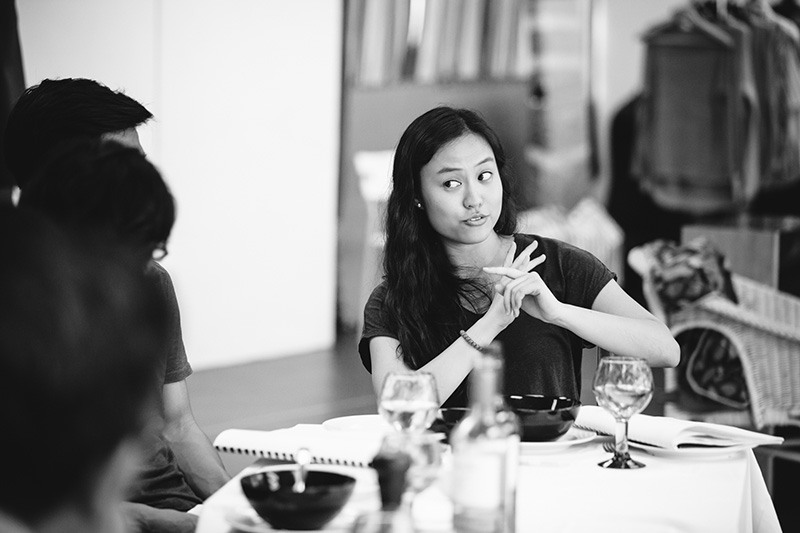 6. We heard this is a close collaboration between Pangdemonium and the Deaf Association in preparation for this play. Is there any particular incident that left an impact on you whilst working on this script/character?

I don’t think I can encapsulate what I’ve learned so far and just choose one particular incident, but I gained so much knowledge about the experiences of deaf people through talking to Lily Goh (our wonderful sign language instructor) and learning about her life. There are so many stories of courage and strength to surmount incredible odds that emerge from the Deaf community every day – we really have to sit up and start ACTUALLY listening to them! There’s so much we can learn from them.

7. What was the toughest scene or emotion that you had to grapple with during the rehearsals for Tribes?

Definitely the scene where Sylvia comes to terms with her deafness. There’s a massive emotional outpouring and it really breaks my heart every time I rehearse that scene.

8. Is there any expression that you think you can say better with your newfound signing skill?

The sign for “belonging” is actually incredibly meaningful. There are so many ways you can portray deep belonging, or contrastingly, a lack of belonging by how you execute that sign.

9. Why should anybody come to watch Tribes?

Because you will learn SO MUCH about deafness and deaf experiences that you’ve never had the chance to before! Because this is the FIRST TIME sign language is being featured SO significantly on a Singapore stage! Because the cast is made up of FANTASTIC actors who will blow your socks off. Because it’s about a FAMILY and it will move you to tears!!

A unique production that aims to reach out to new audiences, including the deaf community in Singapore, Tribes will stage its Gala Night on 23 May with a performance accompanied by sign language interpretation. Artistic Directors Tracie and Adrian Pang: “We have been working closely with members of the deaf community on this production to gain a deeper understanding and insight into their lives, and some of the cast members have also been learning sign language for the last couple of months to prepare for their roles. Ultimately, Tribes is a moving and powerful story examining communication, new beginnings and the inextricable bonds of family.