“Shift your notions of dance”, says the tagline on the program booklet. This performance is based on the concept of two dancers, being far away from one another in two countries: communicating through emails, phone calls and even video conferencing, coming together in brief encounters to form their movement, and, finally culminating in their presentation. This conception already brought about many questions, making the audience wonder how the dance is going to portray all of these. 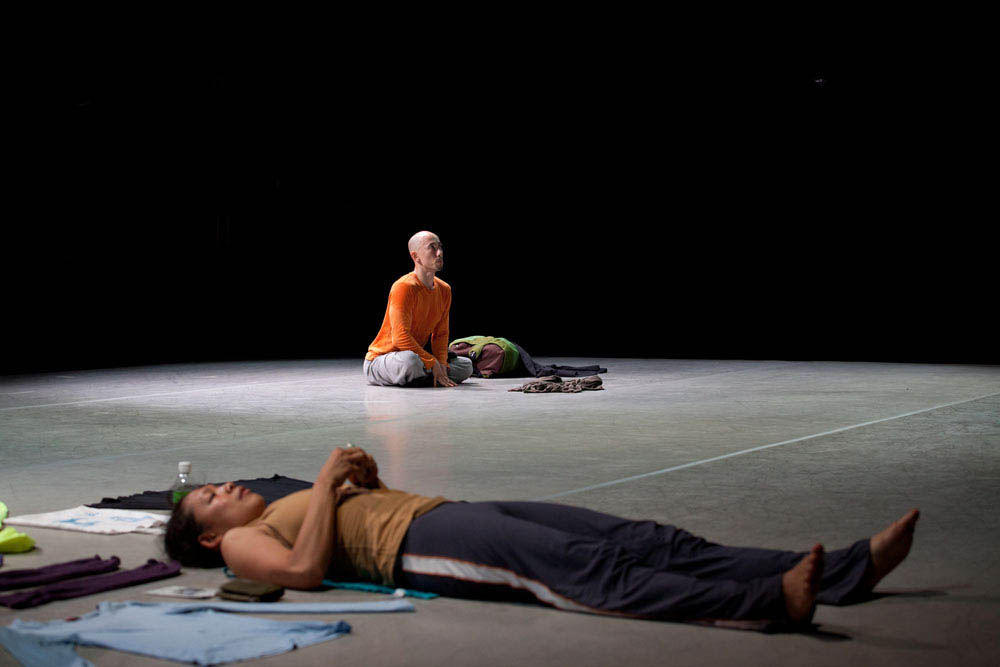 Arriving at the theatre, the two protagonists, Ming Poon and Scarlet Yu, were already warming up and stretching on the dance mat. I was wondering why the show has not started as it was slightly after 8pm already. Then, someone burst out from the audience entrance, dashed all the way to the back of the two dancers and came back around to the audience seats. Some audience members, obviously friends of that person, giggled and called out his name. (I later realized he was part of the team, when I checked the booklet.)

I found it intriguing that there was no announcement made as per usual for performances like this. But gradually, there was a change of mood, as their movements became slightly bigger. And they started interacting more with each other, moving away but always coming back together in small whispers. It was like watching a real rehearsal going on, like the process of movement discussions, trying and figuring out what works. Ming’s sense of humor was evident as his exclamations made the audience laugh along with him.

I noticed there were two very obvious areas marked out by the dancers’ bags at diagonally opposite ends, on the floor – a usual practice for dancers. Putting down your bag in a spot makes it your territory or as Singaporeans like to say, “Chope”. The two dancers would convene to the center of the stage and produce their movements, but always return to their bags – their personal area, to rest or drink water, signifying a return to home. I also liked how the stage manager will come in to pass them water, or costumes or just coming in and out to shout some cues. These short moments gave the audience a breather from the two protagonists.

After an especially heavy segment, ending with the two dancers interlocked, there was a sound of phone ringing. It was from Ming’s bag. They broke apart – a clean break from dancing – which brought them back to the “real” life. Ming rushed off to the backstage to chat on the phone, even resorted to singing a “Happy Birthday” song, which tickled the audience again, leaving Scarlet alone on stage. 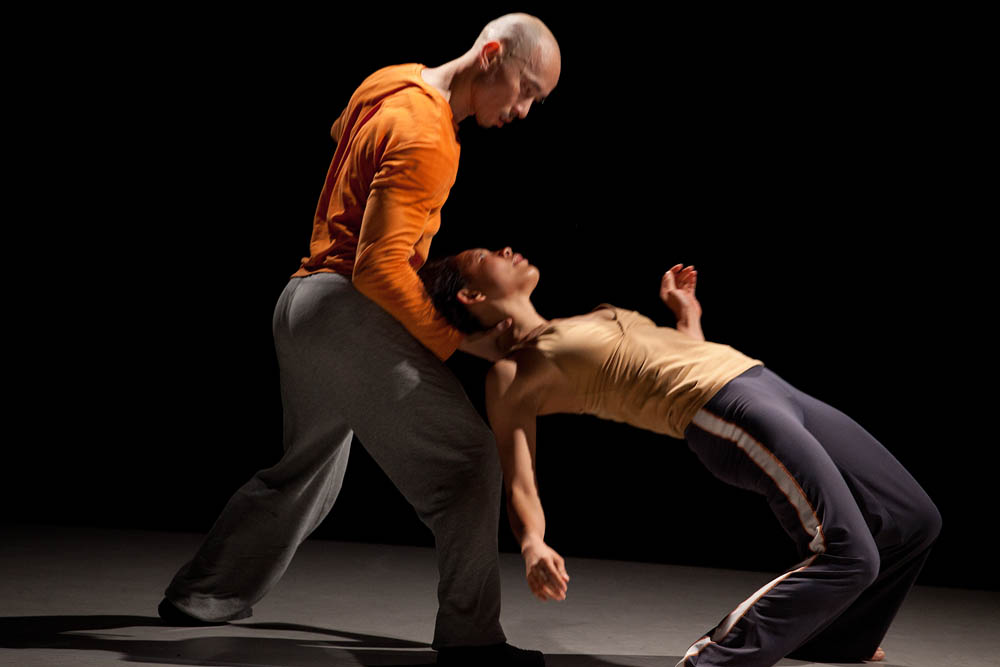 The next segment was my favorite as Ming came back and startedpouring his life out to the audience about his newly purchased farm in Germany while Scarlet poured out the contents of her bag and started laying them one by one on the floor. As he depicted the farm room by room, Scarlet mimicked a similar pattern, albeit with her belongings – as if each piece was in a room of its own. I was very aware of how both of them were doing very different things but somewhat similar and reflected each other’s thought and action.

As they both changed into their costumes and met again for the last rehearsal, I could hear classical music being played from behind the closed doors. Their motions seemed more at ease with each other now, more peaceful. As the stage manager shouted “5 minutes to show time,” I realised that we were going to witness something grand, yet very personal. The two dancers embraced for the last time and encouraged each other. The back door was opened, the light shining through projected Scarlet’s shadow onto the walls, moving gracefully to the music. I thought that to be a very elegant imagery. And then, they disappeared behind the door to give their performance to the “audience” on the other side.

This performance started out with many questions and uncertainties on what it was all about and what the dancers want to portray. But as the show progressed, you become more involved and get to know the two dancers personally as they shed themselves little by little in front of the audience. By the final scene, everything made sense and you could feel the audience vying for the two protagonists, encouraging them to go out and perform the piece that they have worked so hard for, through this long and arduous process. It leaves you feeling a sense of personal achievement for them while truly shifting your notions of dance. 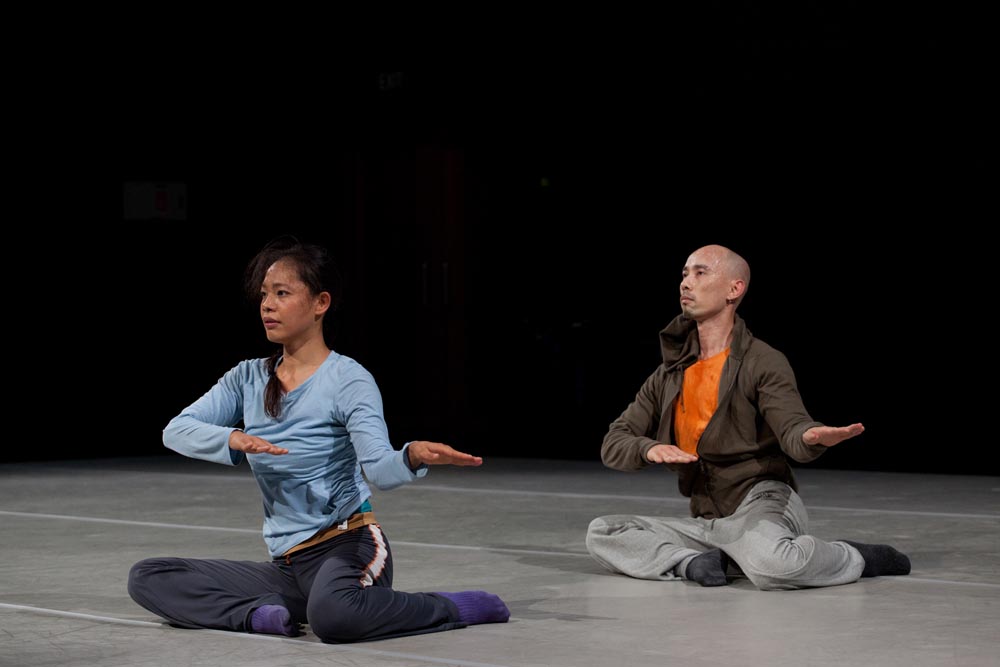 The infinitesimal distance between two bodies ran for two nights on 11 and 12 Oct at the Esplanade Theatre Studio.