[Review] Tango: A celebration of diversity and a call for inclusivity

28 May 2017
Article by Alicia Chong
Photos by Crispian Chan Continuing with their focus on the theme of “family”, Pangdemonium’s newest production, Tango features a 180 degree shift in tone and style from the grim and gruesome stories of The Pillowman. Tango, written by Joel Tan, is an original work inspired by the experiences of Mark and Ed Koh-Waite – a gay couple with two adopted sons (4 Relative Strangers). 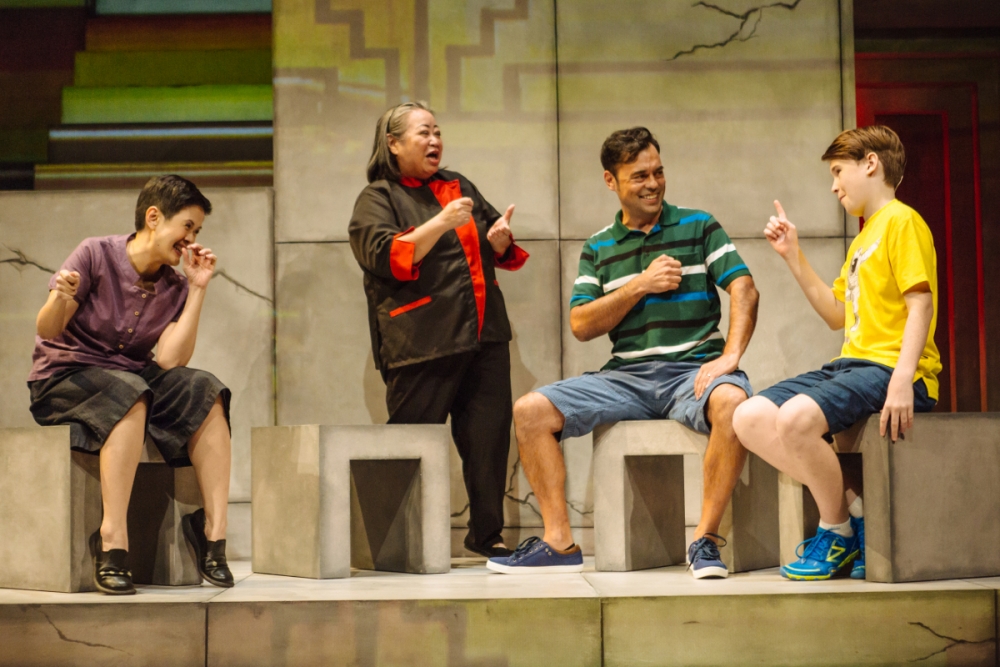 Tango explores the lives of Kenneth (Koh Boon Pin) and Liam (Emil Marwa), a gay couple who move back to Singapore after more than a decade of living abroad with their adopted son, Jayden (Dylan Jenkins), to care for Richard (Lim Kay Siu), Kenneth’s father who suffered a stroke. While dining at a Chinese restaurant, the couple is refused service by an elderly waitress, Poh Lin (Lok Meng Chue), who calls them “perverts” and denounces their relationship as “unnatural”. Unbeknownst to the group, their argument is recorded and uploaded onto YouTube, which goes viral and triggers a butterfly effect, sparking off a nation-wide debate about homosexual relationships and family values. In a separate (but related and no less significant) story, we see Benmin’s (Benjamin Chow) struggles to come to terms with his sexuality. He meets Zul (Ruzaini Mazani) through a dating app and learns to navigate the confusing waters of the gay dating scene.

The play is heavily rooted in contemporary Singapore society and thus highly relatable. Not only does the dialogue draw on a mix of local languages and dialects (English, Mandarin, Cantonese, Malay), but the plot also makes references to actual events and issues that have happened with the growing ubiquity of digital devices and social media. Watching the online lynch mob stalk out Poh Lin’s details and demand that she be fired for her bigoted comments highlighted how citizen journalism and vigilante justice, when carried too far, can result in very real and (unnecessarily) harsh consequences. While the audience might be instinctively inclined to defend the family against Poh Lin’s prejudiced statements, we are also encouraged to sympathise with the waitress when we realise that her comments stem from ignorance rather than malice and that she, too, is human. 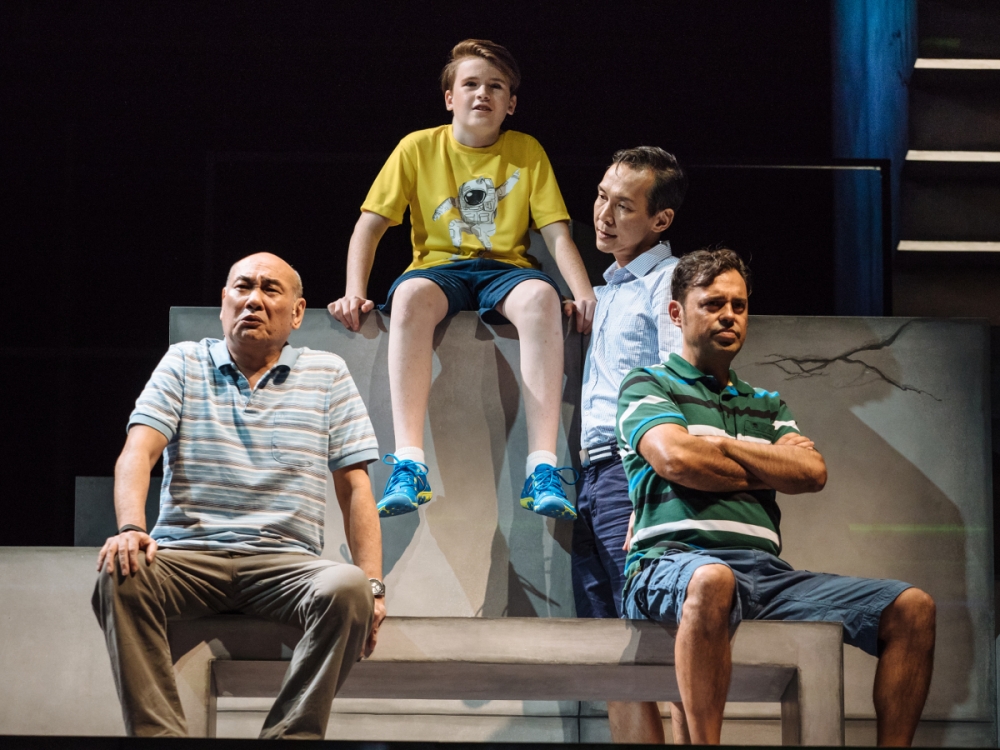 Tango also showcases various scenes where groups of characters engage with each other, allowing for different perspectives to emerge. The clash between values is most saliently exemplified through the repeated juxtaposition of abstract traditional ideals (espoused and epitomised by Poh Lin) against tangible “unconventional” family structures. However, what resonated most brilliantly is Tango’s portrayal of the interactions between two characters. Some examples include Kenneth and Liam’s loving relationship, Richard and Kenneth’s father-son talks, Jayden and Richard’s playful banter, tender exchanges between Benmin and Poh Lin, and Elaine and Poh Lin’s honest conversations. These raw exchanges allow the play to shine because it brings out an array of intimate human moments against a larger backdrop of tension and hostilities.

Credit must also be given to the technical aspects of the production. Wai Yin Kwok’s impressive three-tiered stairway allowed the play to shift fluidly between different settings and locations while the set remained fixed. The lighting design by James Tan served as an effective guide for the audience’s attention when separate storylines were developing in a single scene. Most impressive of all was Jing Ng’s ability to insert sounds from the everyday seamlessly throughout the play, thus adding to its verisimilitude.

Ultimately, Tango is an honest, complex, and thought-provoking play that holds a mirror up to Singapore society and challenges us to reflect on our “moral values” and what it means to be a “family”. As the Pangs have written eloquently in their foreword, ‘[f]amilies come in all shapes and forms, and from vastly different backgrounds – and this diversity should not only be accepted, but also supported and celebrated’. At the end of the day, love is love and we are all humans yearning to be accepted for who we are. What lies at the heart of Tango is thus a call for greater tolerance, kindness, and understanding for what is “different” in hopes of building a more inclusive and loving Singapore.