Mental health is beyond the absence of mental illness, beyond the ability to merely perform the daily functional tasks of life. Rather, it is a state of well-being when one can cope with life stressors and enjoy a quality of life that is acceptable to oneself. Often a person can appear to be functioning at the top of their game, but their behaviours can be just the tip of the iceberg. Beneath its surface, in the deep waters can underlie layers of internal struggles known only to the self. 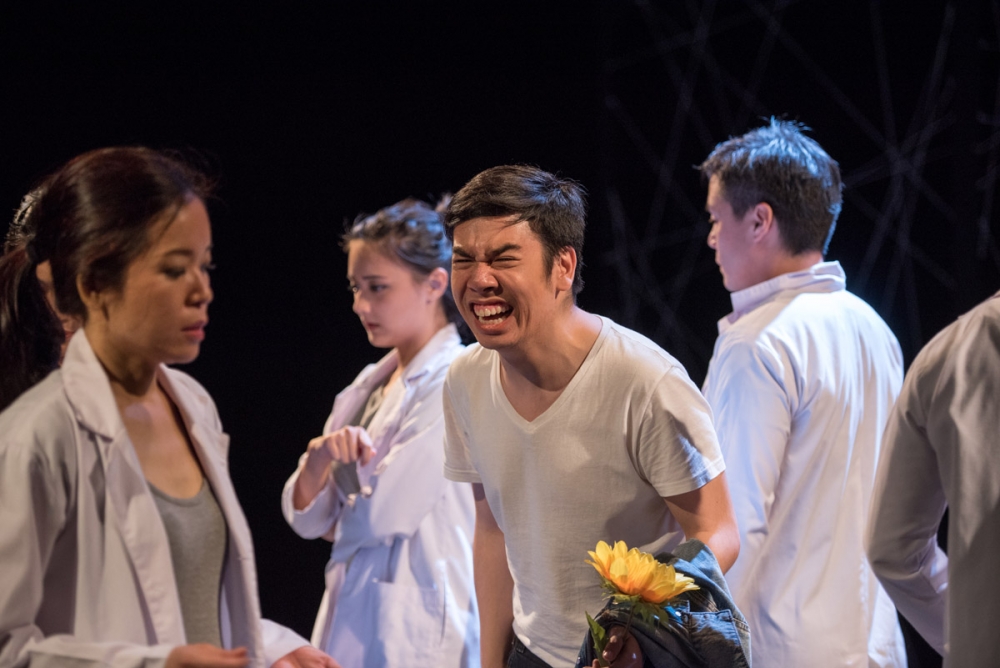 This sets the stage for Dear Jay, an inaugural play for Blue Beans production. The individual experiences of the producer, Benedict Leong, and the playwright, Euginia Tan, were the incubator for the play's themes, while their chanced confluence became a catalyst for the conceptualization of the play as a depiction of one man's journey with mental illness and subsequently grief.

The plot of Dear Jay unfolds in a non-sequential manner, with epistolary scenes interspersing with flashbacks that allow the audience to connect the dots. The lead character, played by Benedict, appears to be an outwardly successful, high-functioning but eccentric young man at the start. Through his letters to his friend Jay, played by Zenda Tan, we peep into Leonard's emotional landscape and realise that his personal iceberg beneath the surface was smeared with insecurities and self-loathe that took root since his formative years.

The rest of the cast, an ensemble consisting of Vivienne Wong, Juliana Kassim Chan, Darrell Chan, Nicholas Bloodworth and Adam Amil Sharif, are remarkable in their abilities to toggle between their multiple roles in the play. They double up as key characters around Leonard and Jay, and as inner voices of Leonard and Jay while also moving the props along for a change of set to ensure a seamless transition. Collectively, they account for the dynamism of the play amidst a solemn and heavy topic.

The influence of Benedict and Euginia's real-life experiences with mental illness likely accounted for many of the honest and poignant scenes. Leonard is convincing in portraying the dehumanising aspects in our healthcare delivery system as he is subjected to the seemingly mechanical interview of healthcare professionals and eventually learning how to maneuver the system to appear "normal". Zenda’s soliloquy of her childhood memory on the ferris wheel is powerful in delivering a punch when she laments that we only get one ride in life. 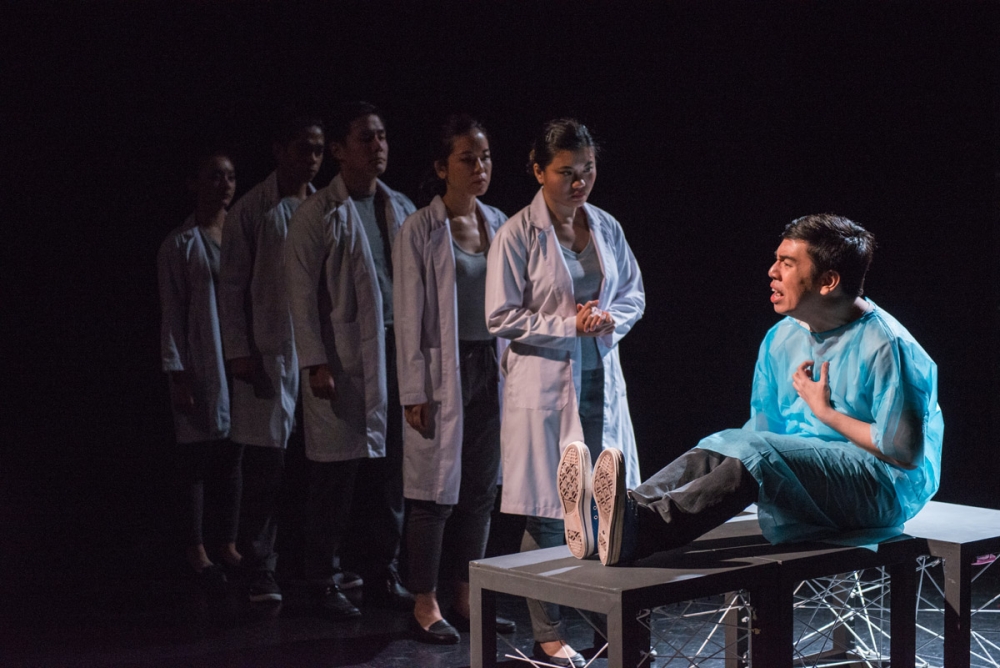 Just as none of us are perfect, the play was not without its flaw. The play could have been more succinct as the second half is slower and some scenes feel repetitive if not redundant. After Jay's death, the survivor guilt, the making-of-sense and the meaning-searching of the protagonist could also have come through with more emotional intensity and realism leading up to the climax where Jay discovers a surprising if not comforting truth about his late friend. But that being said, this does not diminish the fact that Dear Jay is an impressive production from a youthful team and a fresh cast.

The post-show dialogue with various community-based mental health organizations is an apt way to close the show for a pensive audience. In this session, Mr Leow Yangfa, the executive director of Oogachaga and a veteran social worker, is the expert on the panel. With many years of experiences with S.O.S., the suicide prevention agency, and with LGBT communities, Yangfa addresses the mental health concerns among youths, especially among LGBT youths, and offers words of wisdom and encouragement on how we as bystanders can help our loved ones with mental health. He is also very sharp to tackle the issue of survivor guilt in the event of a suicide, drawing a distinction between a helper's responsibility of care towards the person suffering from mental illness, and the sufferer's individual responsibility for his/her own life.

Meditating on one of Jay's last lines - "when one door closes, another opens", I leave the theatre door feeling a lingering peace, as I deposit another fragment of my past struggles and grief in that black box, ready to embrace another new day in life's long journey. 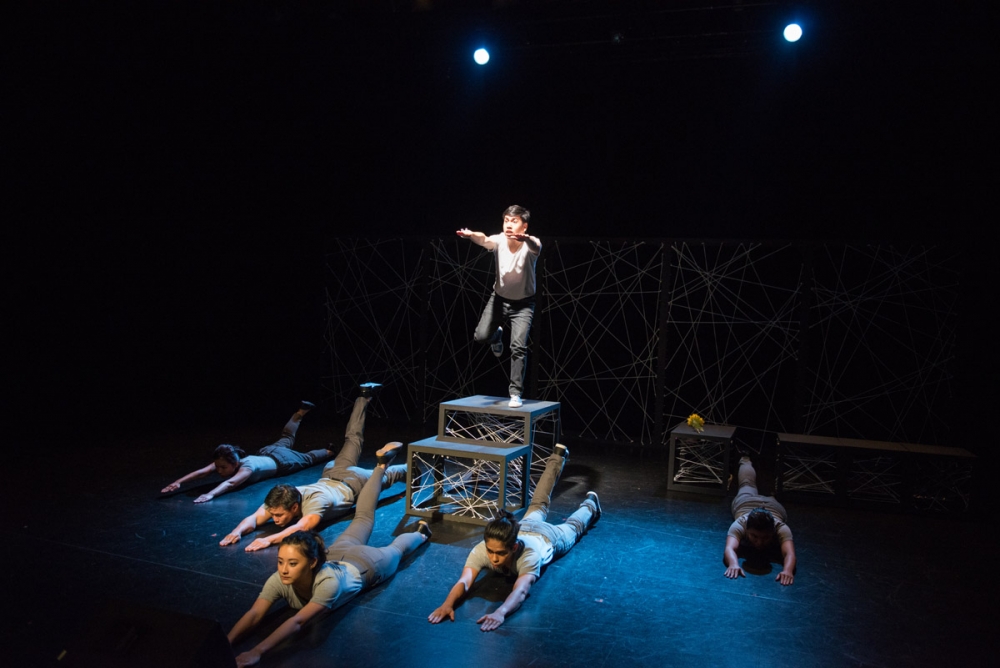 About the reviewer
Jingyi is a social worker by training and profession. She believes that counselling and therapeutic work with clients is both a science and an art to be mastered over one's lifetime. In order to de-stress from her job, she enjoys arts in visual, literary and theatrical forms. In her free time, she can be found alone in quiet cafes reading, drawing and scribbling random stuff in her journal. Some of her doodles can be found on her instagram @jyprettylines.