[Review] A courageous and confident start of Our Company You know, there is this beauty in theatre – as an art form – where everything seem so restricted, but anything can be possible. A magical power exists in that intimate space that makes you connect to and believe in what you don’t normally see and hear in real life. (This power, according to many theatre practitioners, is our subconscious mind. But I’ll like to deem it supernatural, or a divine nature of theatre, supported by the multi-dimensional setting of theatre spaces.) The artistic freedom, in this respect, allows theatre artists to sculpt their creations in many different styles to please, relate to, impress or provoke their audiences. 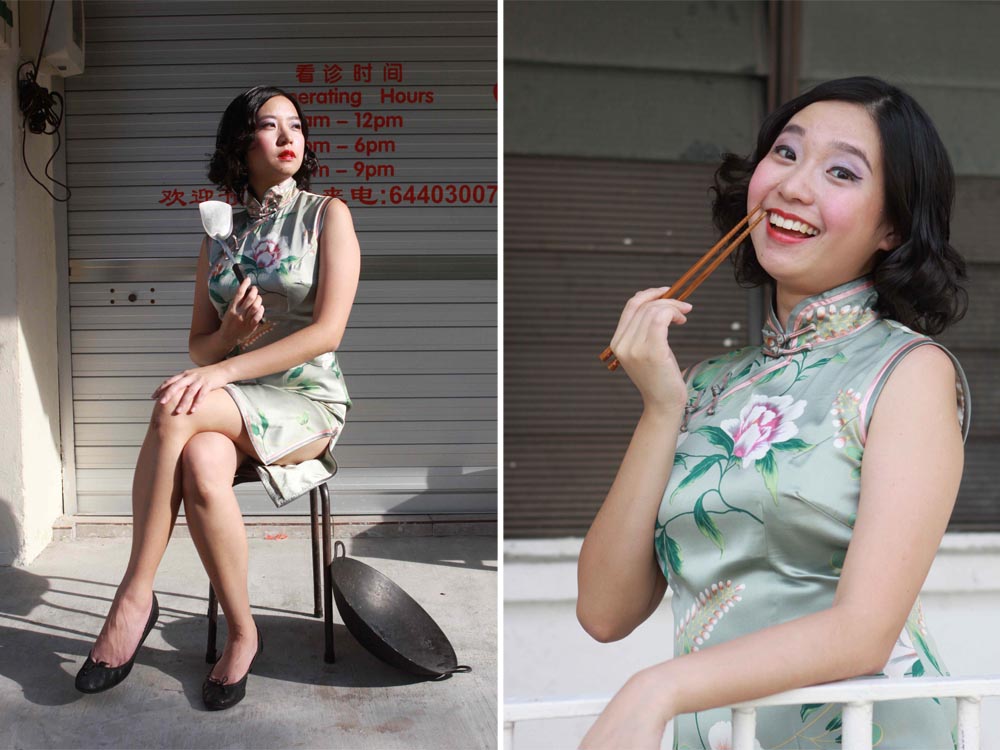 The inaugural production by a fresh theatre startup, Our Company, titled: Three Children & Hokkien Me employed different forms of story-telling in theatrical arts. Both plays in this double bill: Hokkien Me and Three Children told stories that were hidden beneath layers of our society. Hokkien Me was a monologue of a woman about her stories in a rich Hokkien family. Upon tasting a plate of awfully prepared Hokkien mee, she began telling the dramatic story of a family transforming from a Hokkien mee hawker business, to a renowned bank, and eventually returned to the Hokkien mee business, on a larger scale. The story was told from her perspective as a non-Hokkien daughter-in-law in the family, which laid a sensible platform for the audience to ‘read’ the story, and put forth issues of heritage preservation, perseverance and inclusivity.

Three Children, on the other hand, was a mixture of stories, in the form of memories of three sibilings, told in a non-linear sequence and comical fashion, with elements of Chinese opera acts, in most parts of the performance. Switching from one character to another, travelling from one place to the next, the three-plus-one cast brought the audience on seamless rounds of trips of many lives (and deaths). All of these trips were made within the setting of undefined places and props, cast in a neutral mood created by the Play Den. 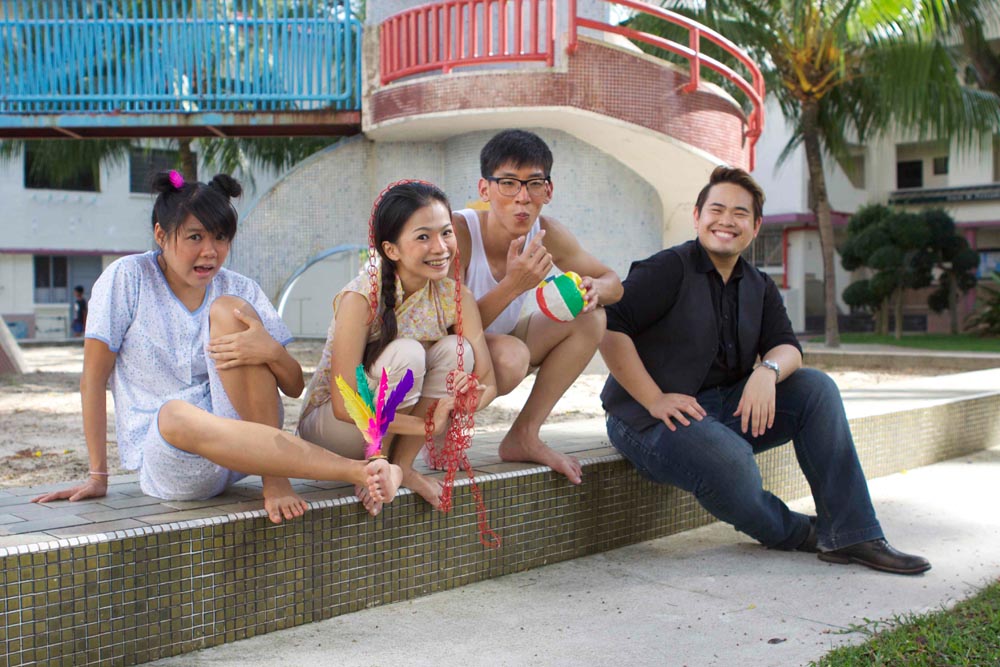 Three Children & Hokkien Me was a courageous and confident attempt by Our Company in presenting issues that we are no strangers to. Hokkien Me literally combined everything that concerned local audiences, and condensed them into a monologue or storytelling act. Despite consisting of only a simple set and a one-person cast, it was a flavourful and easily-digestible feast of local tales and themes. I only wish that the staging of the play could create more space for contemplation and more punch to trigger reflection in the audience’s minds.

Three Children‘s multi-faceted act generated much energy to fuel imagination and recollection of memories. Complex layers of the plots constructed the journeys for the characters, and the audience, appropriately. I believe that the play could have achieved a better texture if it was directed to a more consistent tempo within the one-hour duration. It would convey the connotations with a more sizable weight to leave a stronger impression.

It is delightful to see Our Company begin their pursuit with a strong statement in societal issues. In time to come, as they gradually polish their craft, we could expect them soon to be in a solid position in the theatre scene. That would eventually benefit us all.

Three Children & Hokkien Me runs from 25 to 28 Jul at the Play Den of The Arts House.