Did you see the centaur? In the past week you’ve probably noticed some weird sights on the streets of Singapore. You saw (photos of) a man dressed in black riding an almost-black horse, walking through crowds of regular working class, shoppers, uncles and aunties, boys and girls. The results have always been almost-popped eyes, doubtful faces, followed by flashing smart phones. 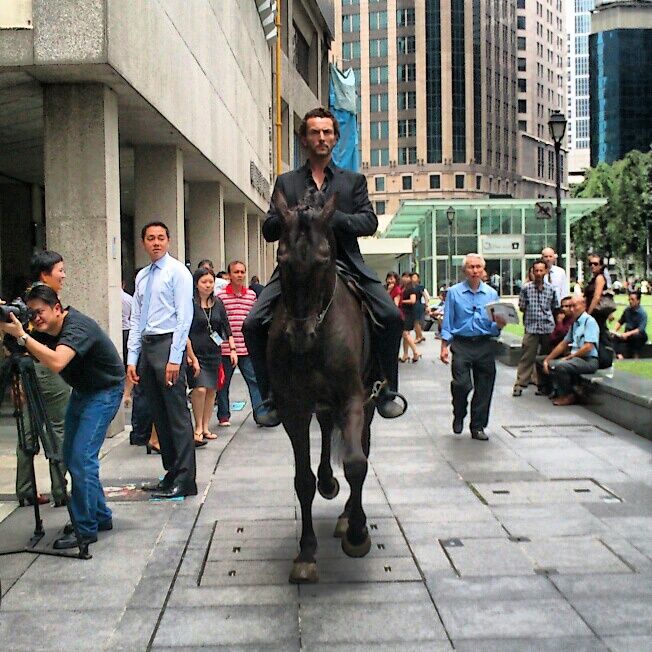 Officially these were some prologue performances of Flux, part of the Singapore Arts Festival‘s programme. The creature made up of the man on the horse was meant to be a centaur. (From Wikipedia: A centaur (from Greek: Κένταυροι, Kéntauroi) or hippocentaur is a member of a composite race of creatures, part human and part horse.) Officially the performance was about a mythical creature that appeared in this hot and humid Asian city of Singapore. However, I’m sure that to people who are quite familiar and strict with the accuracy and details of Western mythology, that was not a centaur.

At least from the look of it.

A centaur does not have the head of a horse; the head portion is replaced by the upper body of a human being; the human body is naked.

While I agree that the look of this creature that roamed around Raffles Place, Orchard Road and Chinatown did not quite coincide with that of a real centaur (but who has seen a real centaur before?), the existence of a horse in the middle of a crowded and busy city was indeed very close to a real centaur dropped from the sky, from my point of view. 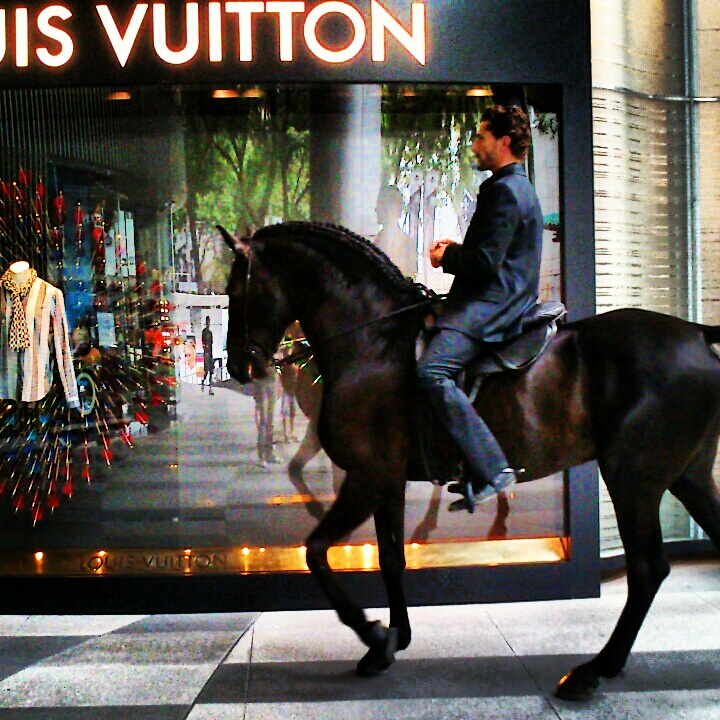 I had the strongest feeling when I witnessed the duel between the ‘centaur’ and a ‘dragon’, (the dragon was not real as well!) when I heard an uncle instinctively shouted “龙马精神”. Instantly I realised that although the Chinese use this phrase so regularly but I was sure that many people on this night including myself actually saw with our own eyes the physical portrayal of this common phrase of “the spirit of dragon and horse”, for the first time. A big realisation was formed in my head: we have long ‘upgraded’ the horse to the same level of majesty as the dragon.

I feel, perhaps, the name of this creature – horse – has too much of a grassroot feel. To the people who are surrounded by flashy light boxes, cold and hard walls, button-and-screen-filled devices in the crowded city everyday, a horse is just like a centaur. We don’t really get to see real horses that often. We heard their legends, we watched them on movies, we read about them in books. They are distant from us, just like mythical creatures. But when they occassionally appeared from the corner we smoke at, or the mall we shop at, we would welcome them with awe, wave with a smile, and leave with admiration. We don’t know this, but our reflex actions tell us what we like, want, and need.

In this festival, you will probably be treated with paid and free shows that have the similar effect on you. How about your own stories? Have you forgotten them? Do you enjoy remembering them? Do they leave you with awe, a smile, admiration and inspiration? 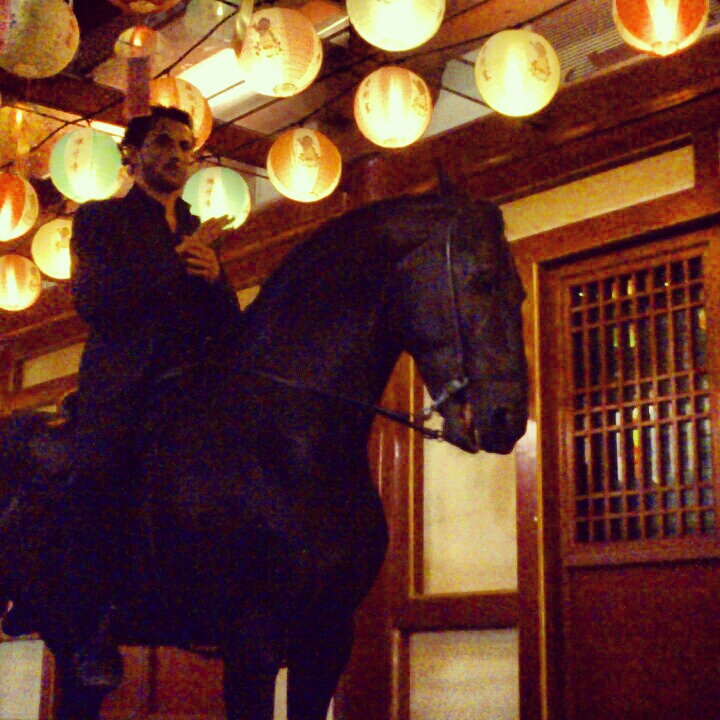 More photos of the ‘centaur’ can be found on our Facebook page:www.facebook.com/artsrepublic