Directed by Alvin Tan, Whale Fall stands in direct contrast to Drip and Faith Ng’s earlier works as a more abstract and experimental play. It explores the complexities, and redemptive power of female friendships while dancing around issues such as autonomy, unhealthy relationships, and depression. 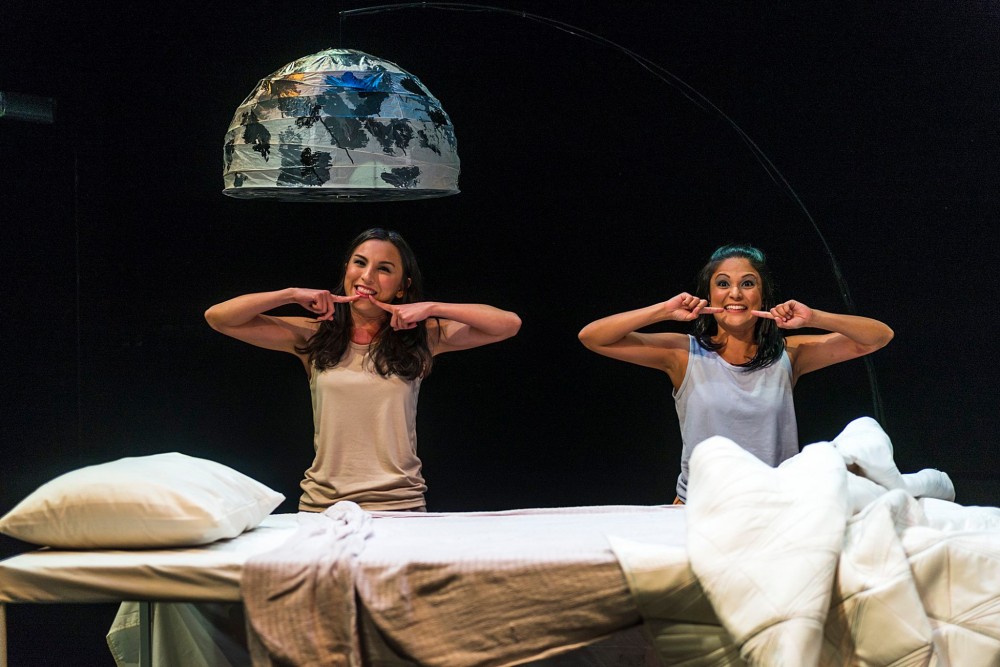 Whale Fall begins with L (Liz Lazan) trying to wake her best friend, J (Jeane Reveendran), up for work. Shortly after their tussle, it is revealed that the two actors are merely performing the first scene of an unnamed play as Whale Fall itself takes on a metafictional twist. J and L begin discussing the characters they are playing even while they remain characters within a play. Their self-awareness and existential struggles against an omniscient playwright immediately bring to mind Muriel Sparks’s novel, The Comforters. Faith Ng’s use of metafiction, both stylistically and thematically, not only endows Whale Fall with an inception-esque vibe, but also blurs the boundaries between fiction and reality to raise interesting questions about the stories we create for ourselves. 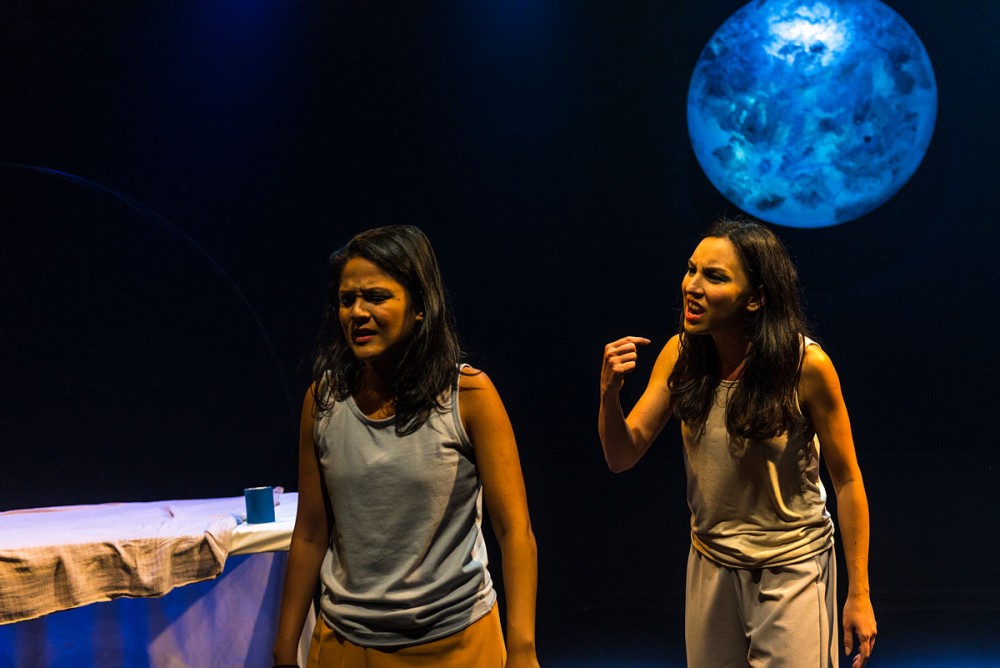 What, then, can we make of the title? A whale fall happens when the decomposing body of a dying whale sinks to the abyss of the ocean and creates a complex ecosystem that sustains the life of other aquatic animals. This image manifests itself in different ways throughout the play. On a literal level, a toy whale falls from the ceiling and L’s bed when she hugs it to sleep. On an imaginative level, the characters see a whale beached upon the shores and evoke the image of a whale fall in their dialogue; “I’ve heard my bones become a home, plants grow in me”. On a metaphorical level, the whale fall serves as a symbol for the symbiotic relationship between J and L, who take turns to support each other. 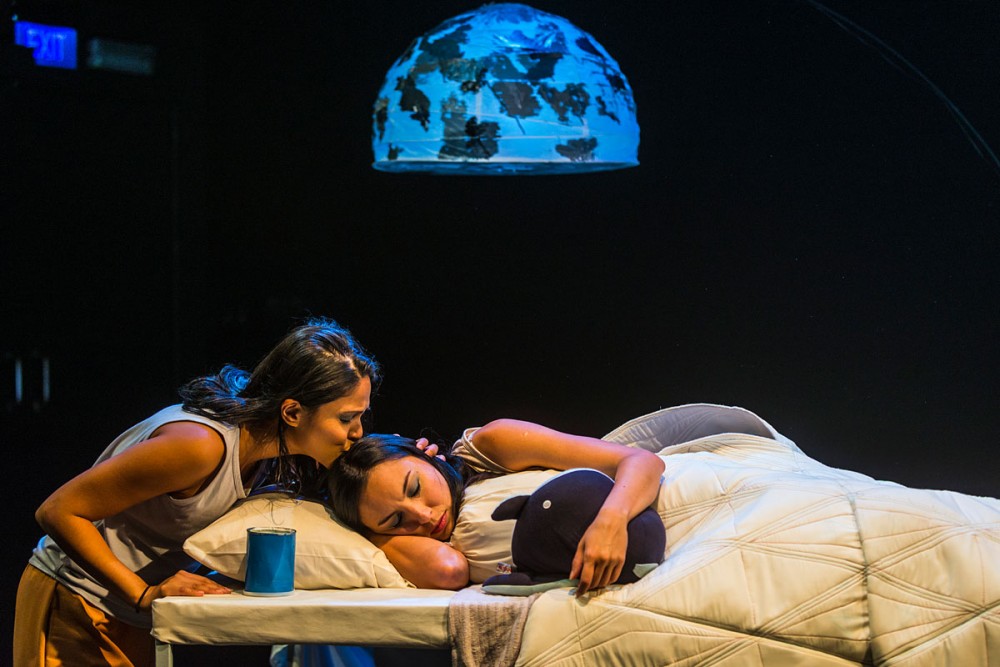 As best friends in real life, Jeane Reveendran and Liz Lazan share an impeccable chemistry that lends richness to their performance. They weave in and out of light-hearted and dark moments fluidly, as if both stem organically from their friendship. Set designer Azy Alias’s decision to place a full moon in the center of the stage serves as a visual reminder of the waning and waxing of J and L’s friendship as they struggle with their inner demons and their frustrations towards each other.

Ultimately, Whale Fall is a multi-layered and poignant play that veers away from the literal towards the figurative. It is an intricately constructed piece that not only examines the complexities and love-hate dynamics of female friendships, but also transcribes the inexplicable existential heaviness that is so universal to the human condition into a rich and poetic work of art.

About The Orange Production

2017 marks the 30th anniversary of The Necessary Stage and as part of the celebrations, The Necessary Stage has launched a new initiative – The Orange Production – an exploratory platform where seasoned veterans Alvin Tan (Artistic Director) and Haresh Sharma (Resident Playwright) collaborate with new artists to create small and portable works for the black box. The inaugural edition of The Orange Production features a double-bill consisting of Nabilah Said’s Drip and Faith Ng’s Whale Fall.