Just last week, Faith Ng’s play, Normal, made its curtain calls to optimistic reception. Normal, directed by Claire Wong, discussed stereotypes within our education system and what it means to be ‘normal’ from the perspective of students. Similarly, in this play directed by Oliver Chong, we see how he envisages what it means to be different. Off Centre, written by Haresh Sharma, managed to hit closer to home even though most of us are probably unfamiliar with the off-centredness discussed in the play. 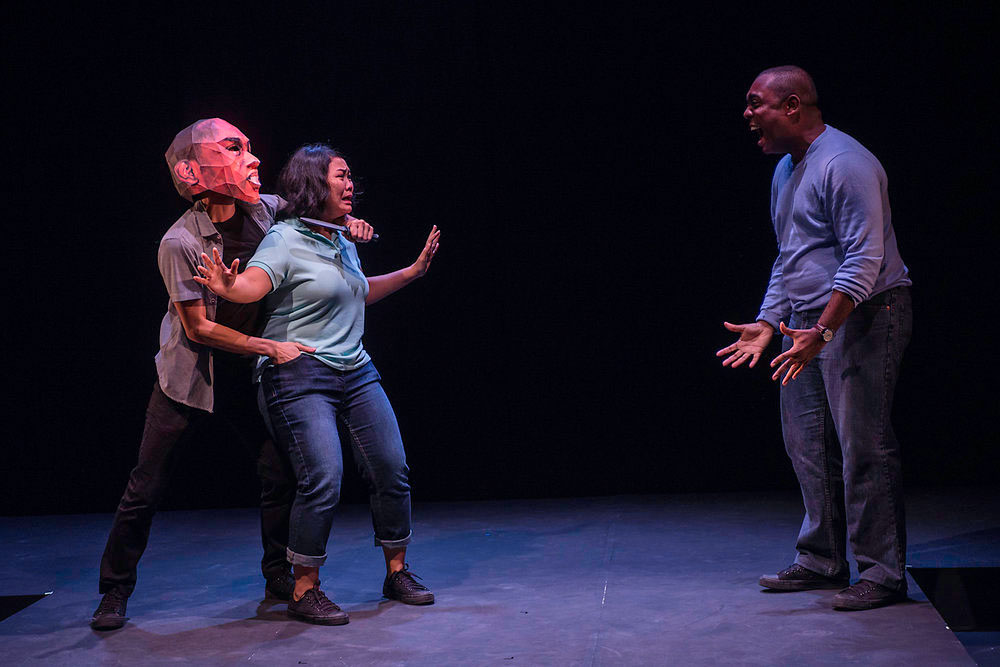 We watch the two dynamic protagonists, Saloma (Siti Khalijah) and Vinod (Ebi Shankara) slip in and out of their characters, smoothly and promptly, to deliver their lines, doubling as the narrator to address the audience. This act of constant defamiliarisation effectively creates an emotional distance between the audience and the characters, allowing us to have room to reflect upon the situations the protagonists have gotten themselves into, giving us time to put ourselves in their shoes. This scaffolding familiarises the audience with the unfamiliar realm of mental illness. Empathy makes a powerful emotional weapon. I was bawling my eyes out, but at the same time laughing heartily at the smart remarks Siti and Ebi make about their characters when they are out of characters.

These narration, aptly dispersed between the protagonists’ monologues and dialogues, accounted for most trivial parts of the characters’ routine, so that the play could dwell longer on the pivotal events of the protagonists, developing the characters steadfastly, then, ultimately revealing their strong or dark side respectively. This lends a kind of momentum to the play, making the story tightly knitted. 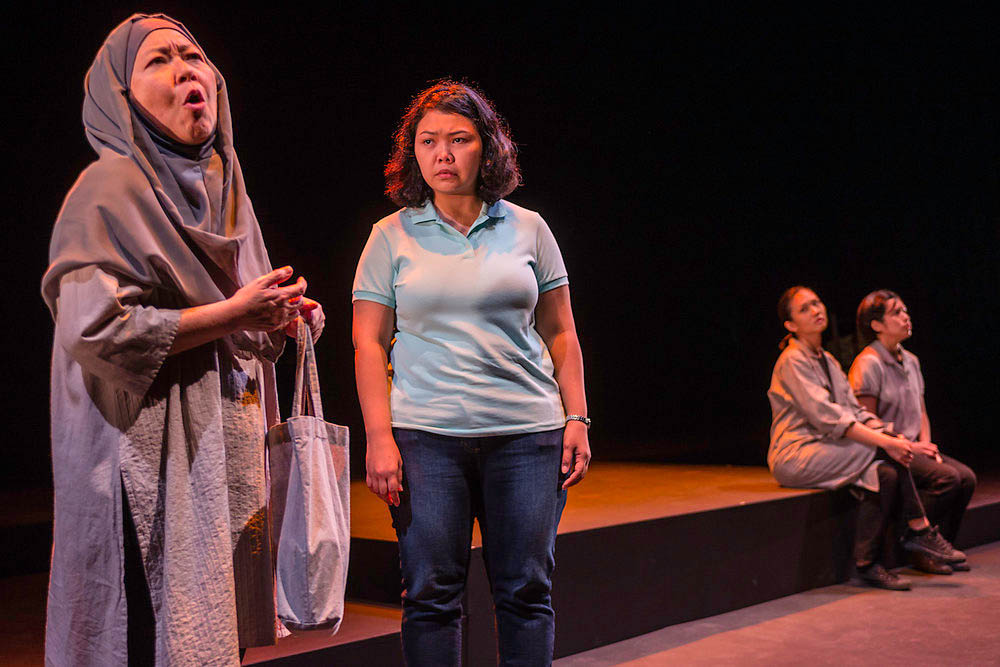 An eccentric element of Chong’s Off Centre would be the masked ensemble depicting the inner world of the protagonists. The ensemble performers wear some intricately-crafted masks made out of cardboard, fitted on their heads like mascot heads. The geometrical appearance gave a larger-than-life, surreal impression. The ensemble, when donning different masks, gives the audience an insight ino the states of mind of the protagonists – their discomforts, insecurities, fears and adrenaline rush. The surreality works in portraying the intimidating, menacing thoughts and voices that might surround the psyche of patients with mental disorder. The masks are also strangely reminiscent of some of Robert Wilson’s characters in Peter Pan, serving the same alienating function.

In an ominous restaurant scene, two ensemble performers, donning a cat head and a crow head, trotter up and down the stage at random that seem to frighten Saloma, causing her to retreat into her safe space. The masked performers signals that just about anyone, stranger or not to Saloma, can become a threat in her state of mental disorder. Or, that they actually do not exist in the real world, but are surreal figments of her imagination.

In another meltdown, recurring head masks that resemble Vinod are worn by the ensemble. They bobbed their heads to the sprightly music; they dance while re-enacing the triggers Vinod had in the army. The contrast between the chirpiness of the song and the heavy-hearted scene unfolding sends chills down my spine. The momentum and movements of the masked ensemble parallels Vinod’s emotional ups and downs as he relives the agonising memories. 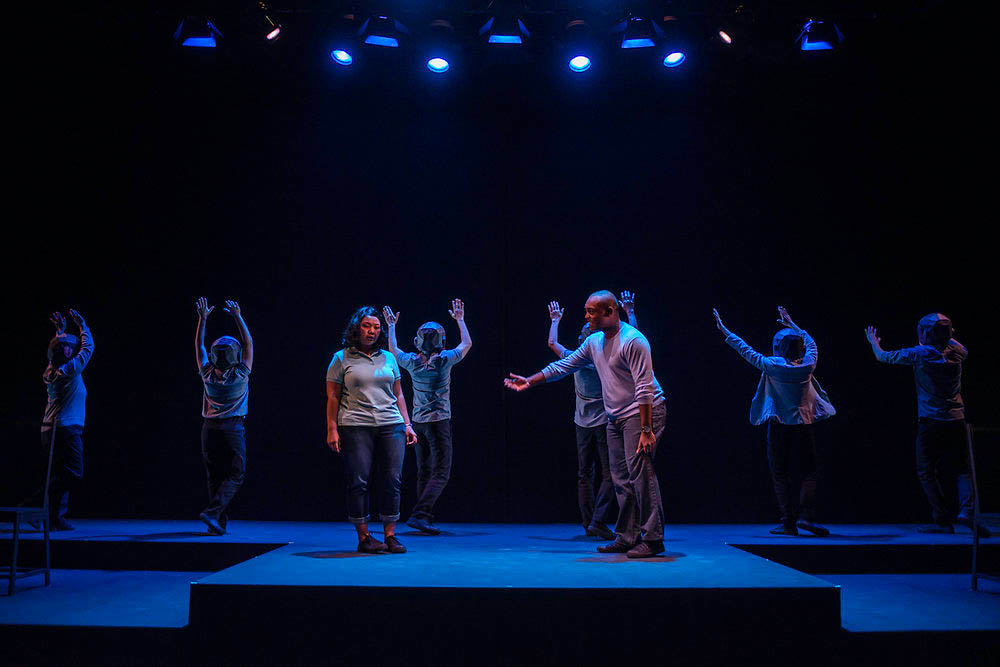 The ending to the play gave a lot for me to think about. I have just witnessed the protagonist Saloma grow stronger and gaining independence. On the other hand, Vinod’s mental condition go in a downward spiral after he fails to confront the thoughts that haunts him. At first, Vinod planned to be the unmoving statue where Saloma can rest on when she becomes a bird. But eventually, Saloma is the one who manages to overcome her circumstances, and completes Vinod’s story for him. Saloma commands the stage and tells the audience that Vinod is a free bird now, whether he went away or committed suicide, Vinod has stripped bare in his last act, abandoning his cover, abandoning his identity, abandoning the present. This juxtaposition of Saloma’s acceptance of her condition against Vinod’s running away from his identity highlights that salvation comes from coming to terms with who you are.