The play begins with the appearance of several black and bald personas dragging out an unconscious protagonist (played by Tan Weiying), suggesting the domineering psychological control these ‘identities’ have over Raskolnikov. The stark contrast these cleanly-shaven, shiny heads have against the gloomy, dark, dungeon-style backdrop seems to hint at a revolutionary mentality, not unlike Natalie Portman’s role in V for Vendetta. The shaved heads make a bold statement, expressing the team’s ambitious desire to pull off an extraordinary show.

Some members of this ensemble seem to stand out more than the rest, despite having a less emotionally-vocal role and dressing homogeneously. However, this ‘homogeneous’ look is a misleading piece of clue. As the plot unravels, we come to realise that each of these psychological identities have individualistic characteristics. They are not a choral ensemble, although collectively, they present the voices inside the protagonist’s head. I would hate to compare it to Pixar’s Inside-Out, but they do remind me of Joy, Fear, Anger, Disgust and Sadness. 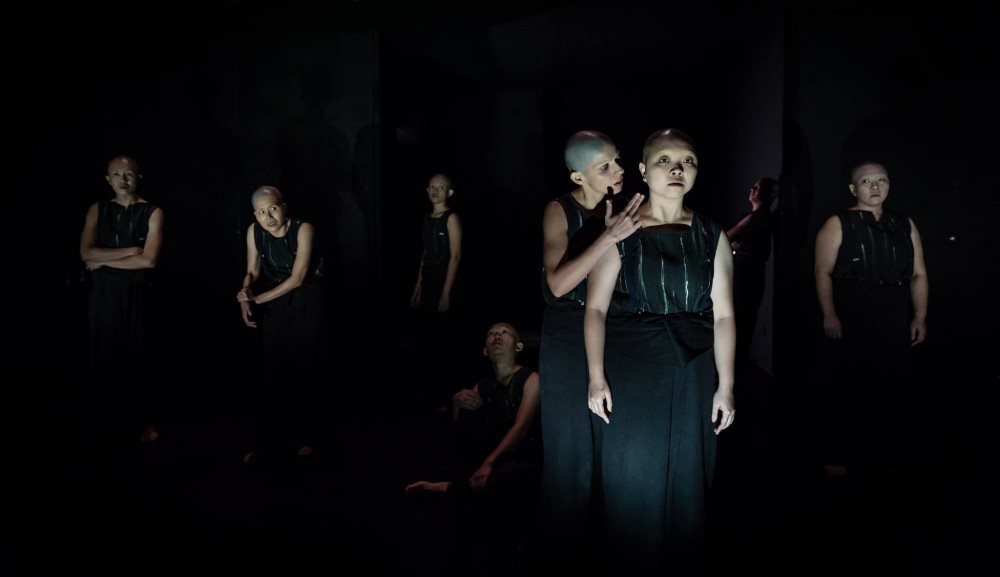 The murder of the old pawnbroker lady takes place on the second floor above the stage, as if it happened in the mind of Raskolnikov. We could only see splatters of blood and silhouettes of the crime through the shut windows. A highlight of the play happens when the painter (played by Saran Jith) literally paints a portrait of the murder – an expression of shock and anguish, mouth gaping wide with two bulging eyes. The portrait of the murder stands on stage ever since, seemingly serving as a perpetual reminder of Raskolnikov’s crime in the background. The same painter is later accused of the murder, but eventually confesses to the crime. 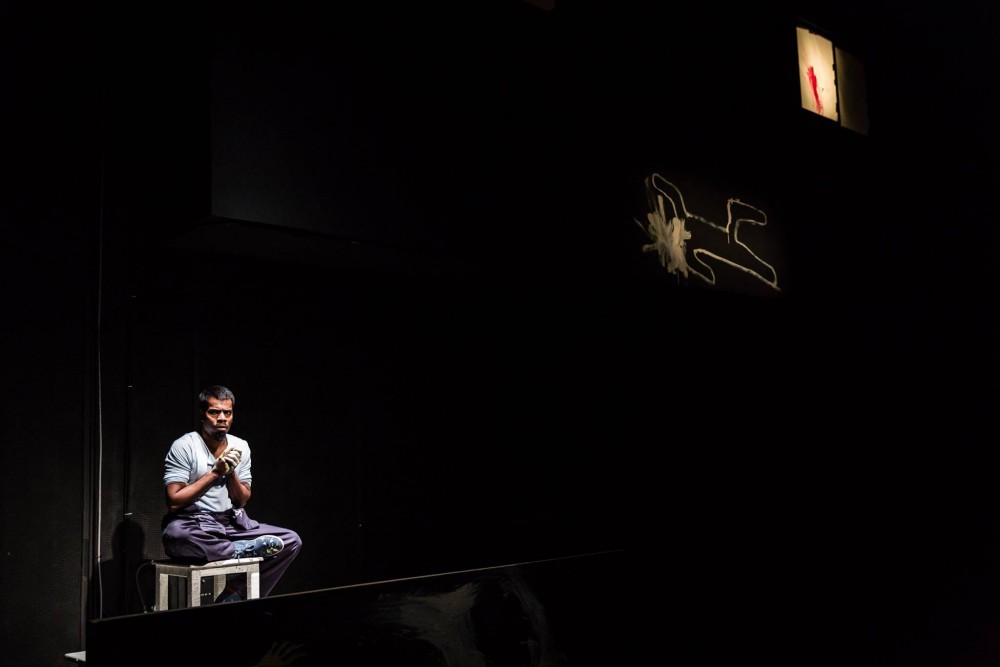 We hear the Raskolnikov repeatedly claiming throughout the show that he is ‘leaking’. What exactly is he ‘leaking’? Why is he ‘leaking’? The use of the word ‘anticoagulant’ in the title suggests a wound that cannot heal. This suggests that there is a ‘hole’ in Raskolnikov’s life that needs to be plugged, by him doing ‘good things’.

Here we see a pitfall of the plot. We hear Raskolnikov describes the old lady as an unscrupulous merchant, but is this a sufficient motive to justify for her murder? I am sure the altruistic ‘greater good’ is more than just removing a single unscrupulous businessman from the face of the earth. The original novel offers more background context on the political and economical status of the city for the actions of the old pawnbroker lady to amount to something substantially ‘evil’. This play, however, lacks in building up a context to justify itself, in turn lacking in providing a substantial motive for Raskolnikov’s crime, thus slightly weakening the moral dilemma presented on stage. 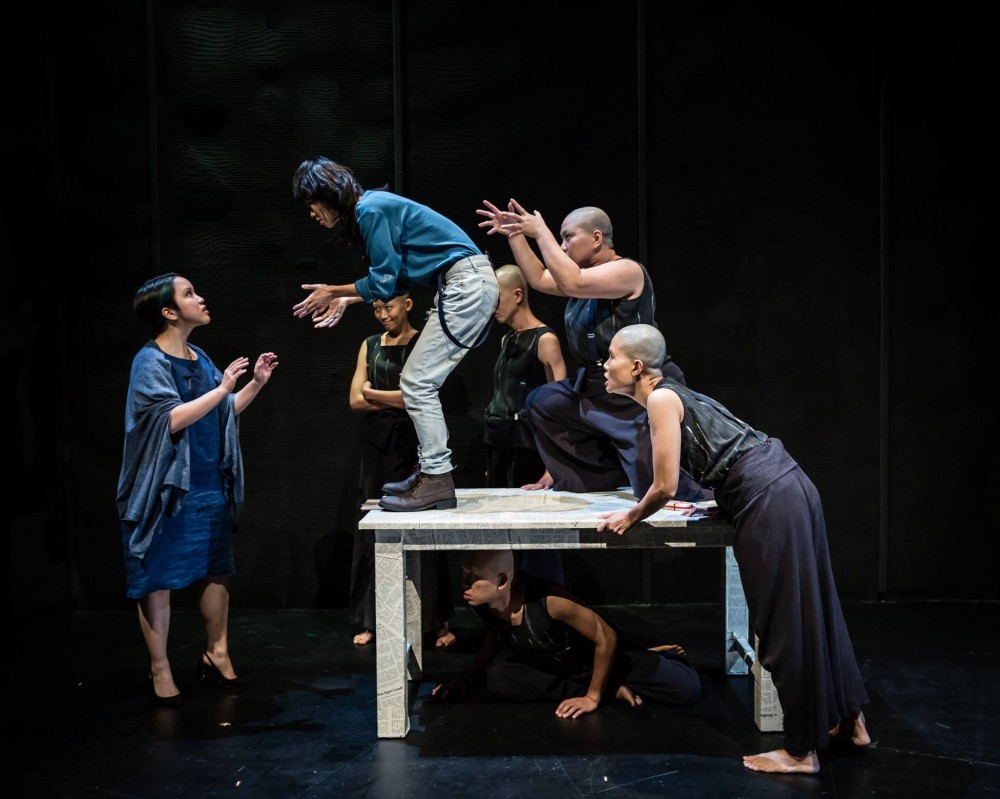 In the play, Raskolnikov meets another struggling character, Sonya – a girl who prostitutes her body to send her brother to school. He pities her, yet at the same time looks up to her as his parallel. Raskolnikov undergoes a shift in mindset after his conversation with Sonya (played by Isabelle Low), but he takes a long time to confess his crime.

We see that Sonya falls prey to vice in order to make ends meet, but she knows it is ‘not a good thing’. She is not proud of it, but she makes the most out of it. On the other hand, Raskolnikov sets out to commit a crime, claiming arrogantly that he is doing a ‘good deed’. Sonya embodies love, whereas Raskolnikov embodies egotism. (Although his personalities deny narcissism in the first scene.) Ultimately, love trumps ego in the play. 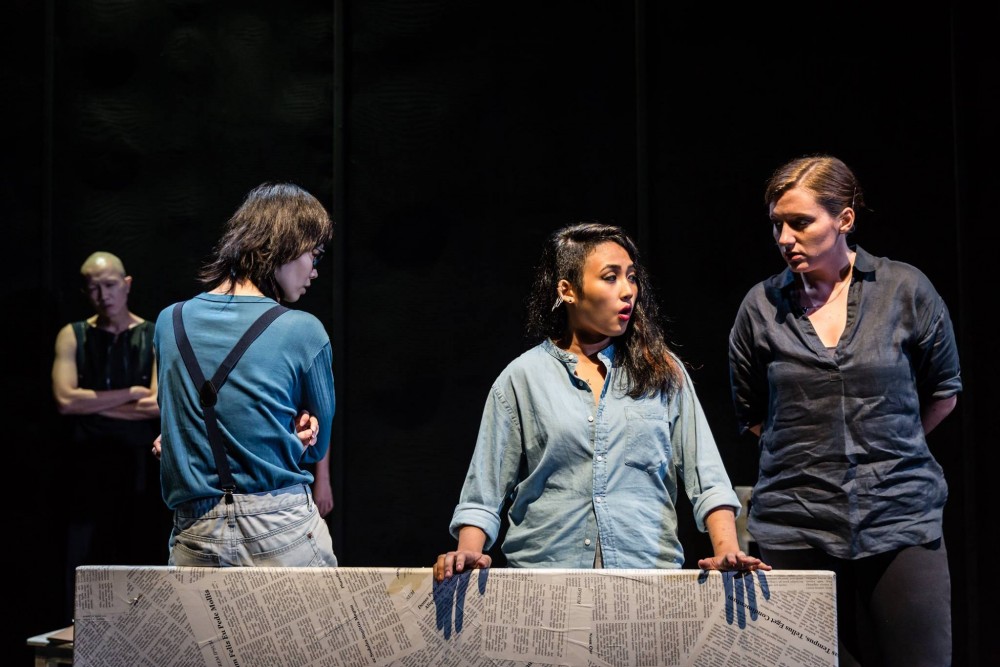 Eventually confessing to the crime, Raskolnikov surrenders himself to punishment. Perhaps the portrait is not just that of the murdered, but also the expression of anguish within Raskolnikov himself. He goes limp, and falls dejectedly onto the murder portrait; as if Sonya’s love has extinguished the fire of anguish in him as she promises to follow him to his exile. 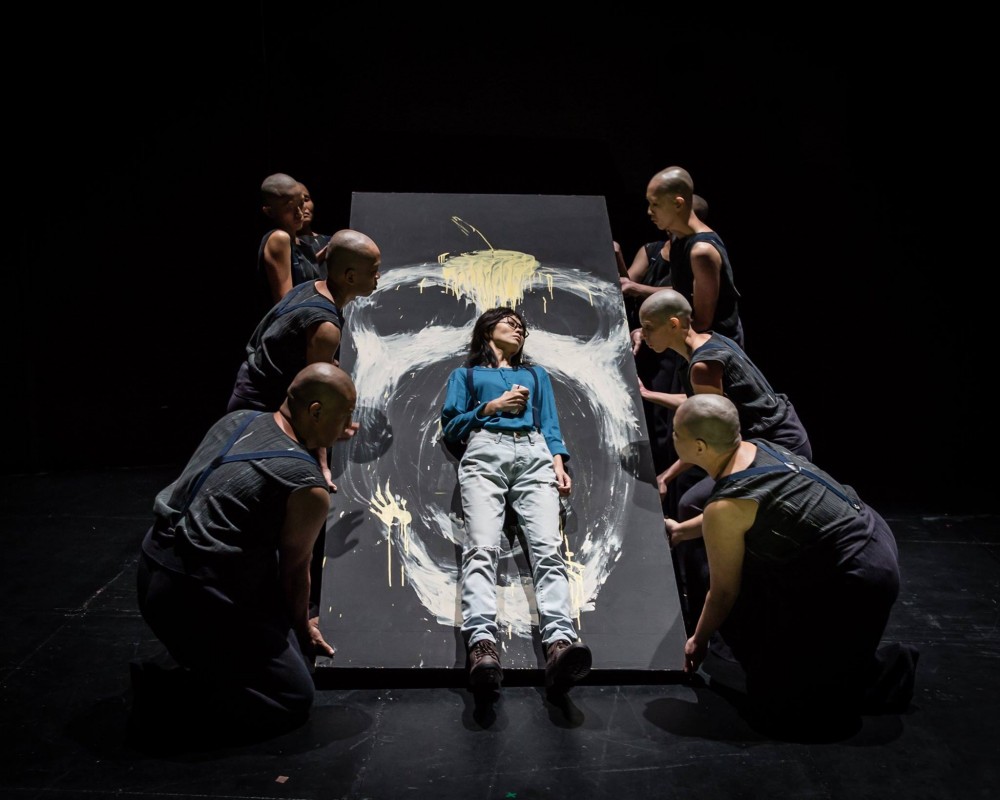 Why did director Alberto Ruiz Lopez choose David Gaitán’s Leakage(s) and Anticoagulants over the more faithful stage adaptation Crime and Punishment (by Campbell and Columbus)? Other than the possibility that director shares the same Mexican heritage as David Gaitán, could there be more significance? Compared to the novel, ITI’s rendition of the play has toned down the focus on religion, the face of the city (St Petersburg) and poverty so that they could zoom in on the psychological state of turmoil, and the philosophical concept of ‘greater good’. Presented by ITI’s graduating students, Leakage(s) and Anticoagulants is undeniably a thought-provoking play.