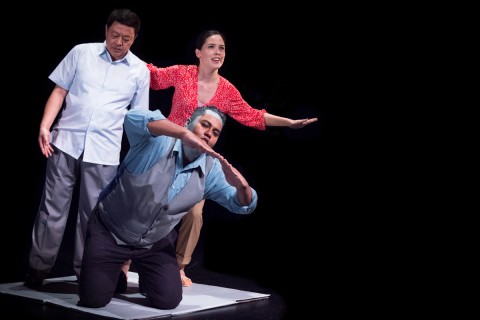 The Car, presented by Our Company, is part of Esplanade’s Feed Your Imagination (F.Y.I) series that aims to advocate the arts to students. But I wonder if this play is meant for students. Or rather, does the play appeal to them? 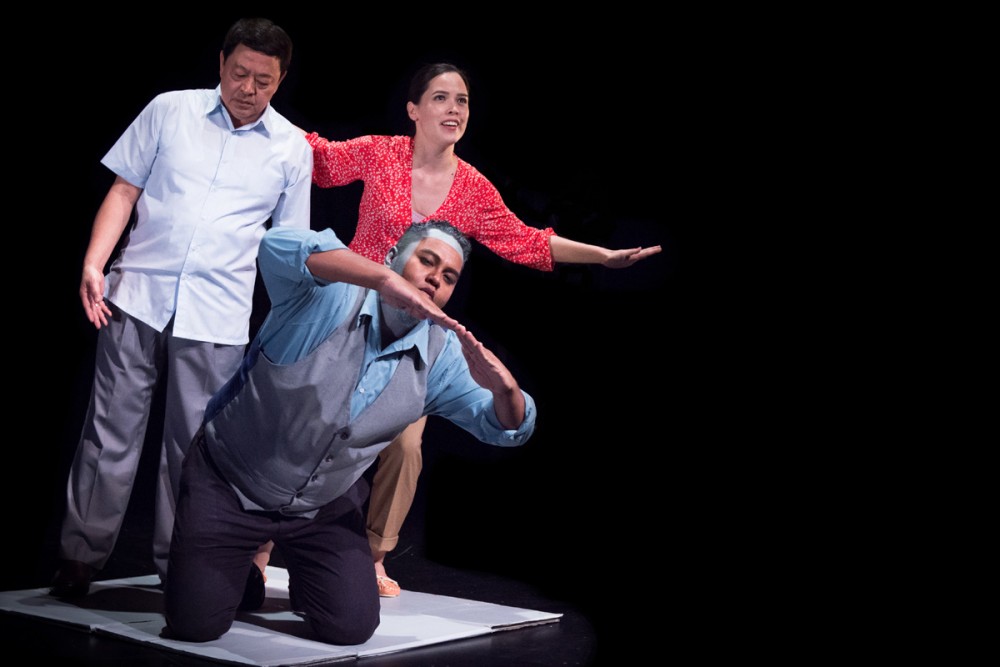 The Car feels modest: its set is humble, not in pursuit of a stylised minimalism; the costume is unostentatious, but not compromising details; the momentum is unhurried. This simplicity is apparent in the transformation of the two actors (Faizal Abdullah and Julie Wee) assuming their roles as cars by simply putting on a prop. There was little or no emphasis on recreating a mechanical reality, which is just fine. The play lasts about an hour – not too long or short – just about the time when we needed a break. Each aspect of the play seems measured and fitting.

Isn’t that ideal? You might ask. If we were to consider the age group of our target audience, an immersive, experiential play that is bright and fast-paced is probably what whets a student’s appetite, don’t you think?

Well, perhaps, this unpretentiousness is necessary to evoke a sense of sepia-coloured nostalgia that is central to the play. The car, which plays a pivotal role in the play so named, is a vintage Fiat Marvellete. It is essentially a play hinged on memories; it explores the relationship between a daughter and her deceased father; it reminisces the time when McDonald’s first opened at Liat Towers; it traces the changes of the urban façade of home.

Nevertheless, nostalgia is but a sentiment. The production does not exploit the use of props, imageries, sounds or even projections to construct any detail of nostalgia on stage. In the play, we are unable to ‘see’ nostalgia. Our Company mentioned that they are operating on a tight budget and could not afford an extravagant set. As such, they resort to using an abstract set to achieve the same ends. I believe the highlight of the play lies precisely in this intangible, ‘unseen’ dimension.

Besides ‘feeding our imagination’ as we shuttle between the real and imaginary, the tangible and intangible, the play pushes the audience to grasp the significance of The Car.

In the play, Girl (Julie Wee) has just lost her father. She can no longer ‘see’ him. But it is with his death that prompts her to contemplate the meaning of his existence. She remembers the many squabbles she had with him, caused by misunderstandings as neither of them wishes to ‘see’ from each other’s perspectives. She cannot fathom her father’s sacrifices for the family and his love for her; the father fails to see the changing needs of his daughter as she is growing up. To be honest, their drifting apart is caused by inconsequential, trivial issues that are commonplace in any family. But the father-daughter relationship exacerbated because they refuse to see eye-to-eye, they shut each other out, denying themselves the chance to understand each other.

All this time, the car is a witness to all of these. As a final token to its dead master, the car decides to take matters into its own hands, and attempts to remedy the duo’s relationship. He (Faizal Abdullah) takes the Girl down memory lane to recall the bittersweet moments the family share, to get to know her father again, albeit it is too late.

The play washes over with a warm tone to remind us to cherish our loved ones and our past. Sending this message across is not a difficult task given the play’s didactic dialogues. The difficult part is in engaging the audience, especially the younger ones, to read between the lines, to realise the significance of the unseen.

Already, the play is perpetually battling the enticement of social media for the attention of the boy in front of me. Given the type of audience we have here, I concur with Our Company’s decision to not stage the play from a student-centric point of view. Instead, they employ an unpretentious approach, with an uncomplicated plot and measured amount of energy.

Perhaps, deep down inside me, I wish people could be less complicated, more down-to-earth so that they do not miss the important things in life. Similar to the story that played out between the father and daughter, often what is most important is that which cannot be seen. 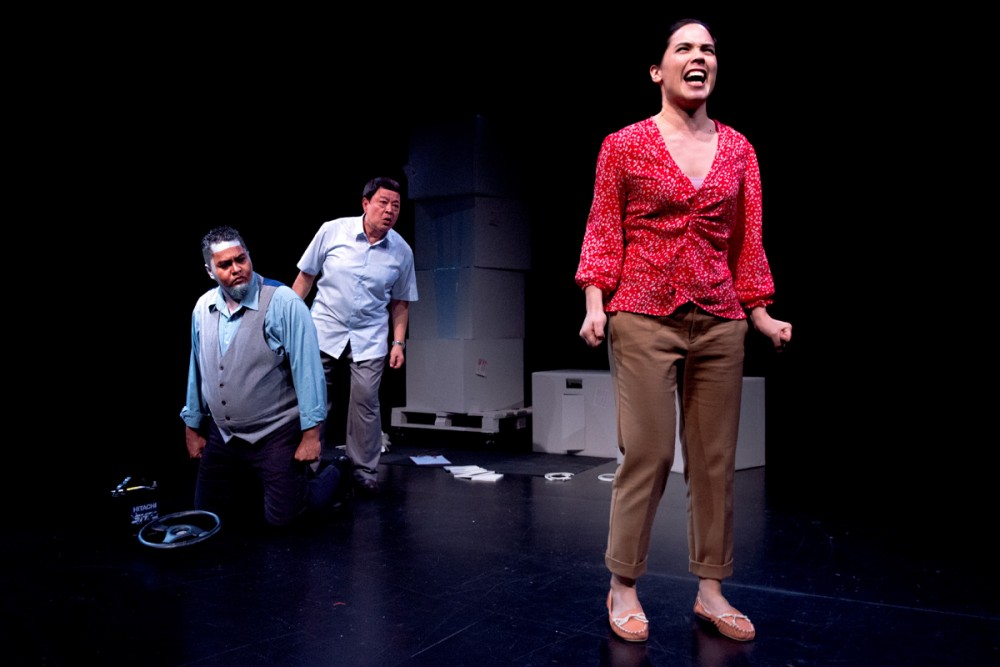